Child labourers exposed to toxic chemicals dying before 50, WHO says 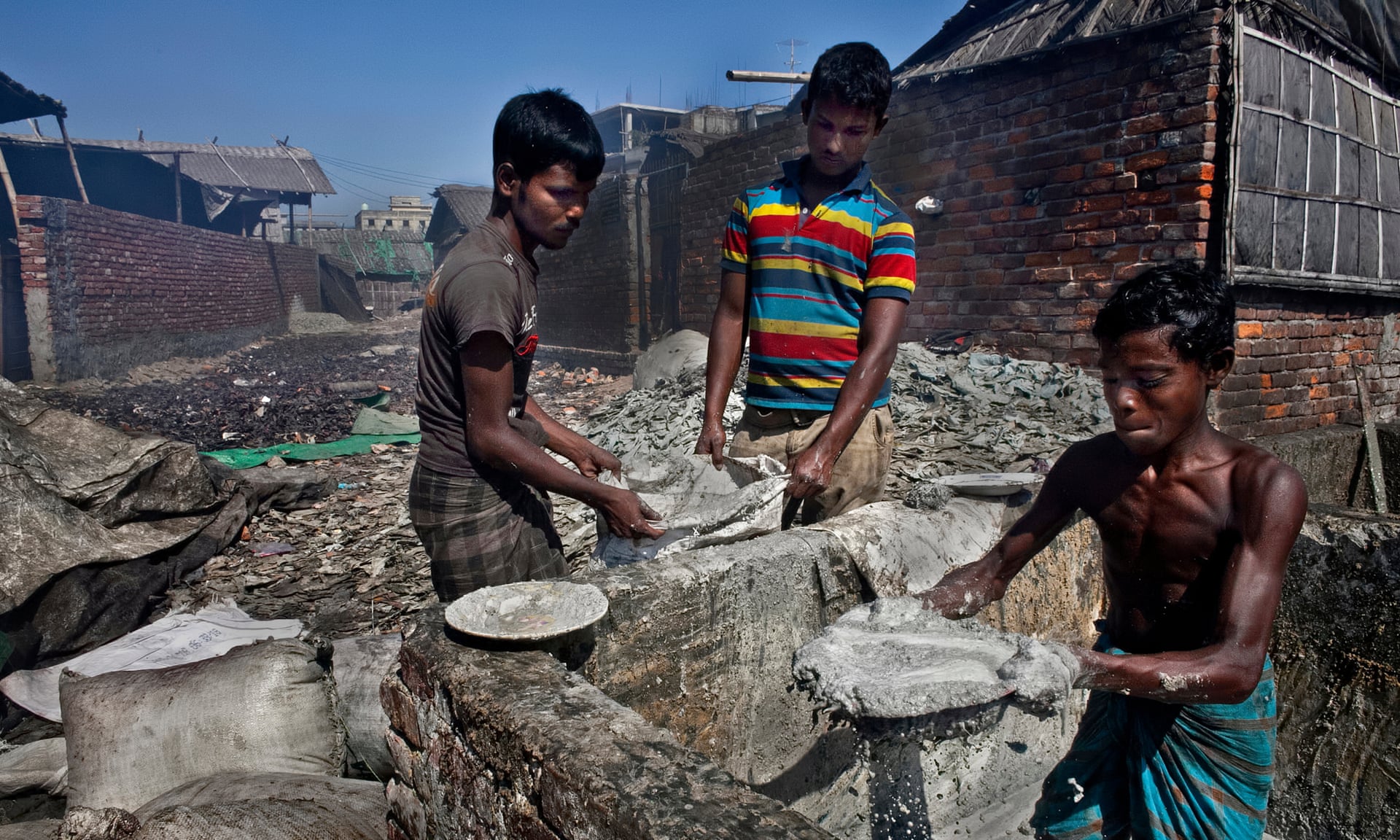 Approximately 90% of those who live and work in the overcrowded urban slums of Hazaribagh and Kamrangirchar, where hazardous chemicals are discharged into the air, streets and river, die before they reach 50, according to the World Health Organisation.

The river runs black: pollution from Bangladesh’s tanneries – in pictures 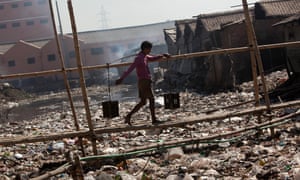 Their plight spurred the volunteer doctors of Médecins Sans Frontières (MSF) to set up clinics in the area to diagnose and treat those who are the victims of their workplace. It is, says a paper published in BMJ Case Reports, “the first time they have intervened in an area for reasons other than natural disasters or war”.

MSF’s intervention was triggered by “the widespread industrial negligence and apathy of owners of tanneries and other hazardous material factories” towards the more than 600,000 largely migrant population who have no access to government-funded healthcare.

MSF set up and ran four main clinics for 5,000 workers in 2015, located in the centre of communities involved in four different manufacturing processes at factories for tanning, plastics recycling, garment-making and metals.

The hazards of the 250 or so tanneries in Hazaribagh – which are 30 to 35 years old and discharge 6,000 cubic metres of toxic effluent and 10 tonnes of solid waste every day – are best known. In 2012, Human Rights Watch produced a report called “Toxic Tanneries” which revealed the flouting of Bangladesh’s own laws as well as international law in the employment of children under 18 in work that is harmful or hazardous.

The factories douse animal skins in cauldrons of chemicals as part of the processing of “Bengali black” leather, which is exported to European leather goods manufacturers in Italy, Spain and elsewhere.

“Apart from heavy metals like chromium, cadmium, lead and mercury, a conglomerate of chemicals are discharged by the tanneries into the environment,” says the paper. “Workers aged eight and older are soaked to the skin, breathing the fumes for most of the day and eat and live in these surroundings throughout the year. Personal protective equipment [is] not provided.”

Child workers clad in no more than loin cloths and wellington boots are exposed to chemicals including formaldehyde, hydrogen sulphide and sulphuric acid, write Venkiteswaran Muralidhar, associate professor at the Sri Balaji Medical college in Chennai, and colleagues. 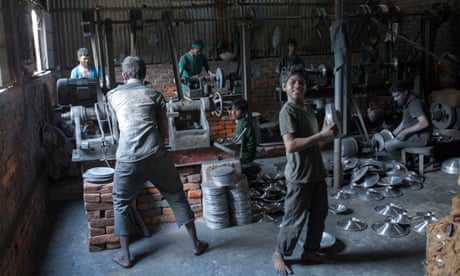 Overseas Development Institute survey finds 15% of six- to 14-year-olds living in poorest households work an average of 64 hours a week
The other factories– for plastics recycling, garments and metals – are in Kamrangirchar, an urban slum which is not officially part of Dhaka city. “In these, there are complex risk hazards from cotton dust, heavy metals and chemicals like mercury, phthalates, acids and dioxins and ergonomic hazards,” says the paper.

Chronic skin and lung diseases are common, say the authors. Within six months of the setting up of the clinics, 3,200 of the 5,000 eligible workers had come forward for at least one consultation. Among them, 468 (14.6%) were diagnosed with suspected work-related diseases, and 30 (0.9%) had work-related injuries.

The figures do not reflect the overall harm to the population, however, said Muralidhar. Those who are severely injured by chemicals or accidents would not go to one of the clinics. “They will probably be taken by rickshaw to a hospital in Dhaka,” he told the Guardian. And the clinics were only open four days a week, during the daytime, and workers needed the owner’s permission to go for a consultation.

He feels strongly that a hospital should be set up in the slum to help its people. “They are the most horrible conditions you can imagine,” he told the Guardian. “I work in this area. I have never seen anything as bad as this.”

A diabetes-free world in next 50 years