The National Education Policy 2010 anticipated a comprehensive education law that would bring together existing laws and regulations under an umbrella to facilitate implementation of the policy. At least four different drafts of an education law have been prepared since 2011 but were withdrawn upon receiving negative feedback from the public and even the Cabinet of Ministers. The last one in December 2016 met strong disapproval from the Cabinet Division because it was seen to be giving legitimacy to coaching centres and private tutoring in the name of “shadow education” or educational activities in exchange for payment outside the classroom.

Commercial guidebooks and notebooks were another source of controversy. Schools and teachers required students to buy these, while the government provided free textbooks. A new draft, to be presented to the cabinet, restricts and penalises private coaching and guidebooks. What difference can this make? Are these indeed our major educational problems?

Media reports indicate that the new draft retains much of the 2016 text, except the new one putting stricter restrictions on private coaching and guidebooks. The 2016 draft in its preamble invoked Article 17 of the constitution that, as fundamental principles of the state, foresaw: a) Uniform, mass-oriented and universal education, free and compulsory as determined by law; b) Relating education to the needs of society, producing trained and motivated citizens to serve these needs; and c) Removing illiteracy using a timetable determined by law.

A contradiction in purpose and scope for the law arises from the gap between the broad vision of the constitution and the 2010 policy objective of consolidating existing laws and regulations within a legal framework. In other words, the draft law compiles some of the existing laws, regulations, rules, and orders and provides a legal cover for some practices. It does not anticipate change in respect to three key educational challenges: a) Establishing the right to education, b) Education governance reform in relation to decentralisation and accountability, and c) Education financing principles and criteria to ensure adequacy of resources for building equitable, inclusive, and quality education for all. The draft law thus bypasses the real challenges of the education system.

The draft law is also not a right-to-education law similar to those adopted in neighbouring countries such as India, Nepal, and Pakistan (through constitutional amendment followed by supportive legislation formulated in each country). An example is India’s 86th constitutional amendment of 2002. Article 21-A was inserted in the Constitution of India to provide free and compulsory education to all children in the age group of six to 14 years as a fundamental right. This was followed up by the Right to Education Act 2009 to implement the constitutional provision. Bangladesh’s draft law mentions primary education (up to Class 8) as a child’s right, but does not specify how it is to be ensured and what the various duty-bearers’ obligations, particularly of the state, would be.

It can be argued that the draft law looks at the symptoms of the disease, rather than the roots of the problem. Poor teaching and learning in schools, and the character and content of too many high-stakes public exams drive students and parents to coaching centres and guidebooks/notebooks. Low-paid and poorly qualified teachers are motivated to take on private students and rely on guidebooks. Will the ban on coaching centres and guidebooks, without addressing effectively the deeper causes of educational decline, solve the problems?

There is also the practicality and workability of enforcing the proposed restrictions. Guidebooks will be banned but supplementary materials and digital learning content will be permitted with approval from NCTB. Coaching centres will be closed but centres for assisting those preparing for jobs or seeking admission to institutions and language and skills training will be allowed. Private tutoring by teachers of students from schools other than one’s own will be permitted. Coaching organised by schools will also be allowed.

These are pragmatic compromises. But entrepreneurial minds are likely to find ways around the rules to carry on their business. The more complex and subject-to-discretion the rules are, the more likely are occurrences of corruption and nepotism.

In fact, guidebooks, notebooks, and coaching centres are common in more advanced education systems. They are considered helpful for learners and not harmful as in Bangladesh, because they are not substitutes for good teaching in school, and learning assessment does not reward memorisation.

A critical measure of the benefits of the Act would be to ask what value it adds and what can be or cannot be done without the Act.

A permanent education commission is foreseen, which is a civil society demand. Registration of all institutions is required, which will be seen as a positive by educators. Separate teacher recruitment bodies have been proposed. Production and distribution of textbooks will be handed to a separate authority, detaching it from curriculum and textbook development. Inflicting corporal and mental pain to children will be prohibited. These are positive and necessary steps.

There are areas which belong to the sphere of education planning and development rather than the law – especially curriculum development, professional development, performance standards for teachers and education workers, and assessment of student learning and examinations. These are subjects more appropriate for qualitative change and adaptation, which should not be locked down by legal provisions and fixed rules.

The legal provisions proposed regarding curriculum development, teacher preparation and examinations reflect the present arrangements and structures which may need to be changed. For example, educators have suggested that teachers’ professional development follow a concurrent approach (combining a four-year college degree and teacher training, instead of the present sequential approach). There is no advantage in freezing the process with an education law when adjustment and adaptation are already necessary.

As noted above, the law is silent about establishing the right to education, decentralisation of the education system, and financing criteria for equitable and inclusive education.

The law foresees, expectedly, the formulation of rules and regulations in many areas to implement the provisions of the law. It provides for penalties in at least a dozen instances – prison sentences ranging from six months to five years and fines of Tk 50,000 to 10 lakh. Mobile courts and the penal code are to be employed to deter infringement of law. The penal code and courts can, of course, play their role when criminal offences are committed. It is, however, questionable to prescribe a wide range of specific penalties when establishing the breach of law is a matter of judicious assessment in an educational context.

Interestingly, in respect to tertiary and university education, the draft hardly mentions the University Grants Commission (UGC) and vests responsibilities to the “government,” on personnel, financing, quality assurance, and even academic matters. Legal authority assigned to the “government” in the case of tertiary institutions can undermine academic autonomy and make the exercise of governmental authority subject to political influence.

A new law is not a panacea. We know too well that laws can serve their purpose only when the key problems are clearly identified, and there is a capacity and desire to enforce the laws. The positive elements of the new education law will help if they can be implemented, and backed-up by well-formulated rules and regulations. The absence of some critical elements in the law means that it avoids major education challenges. The aspects that are considered questionable make it a weak law and may defeat its purpose.

Having waited a long time, it would be worthwhile to make the new draft of the education law available to the public once more for feedback and to examine it critically in the context of Bangladesh’s SDG4 agenda and its aspiration for a higher middle-income status.

Dr Manzoor Ahmed is professor emeritus at Brac University, chair of Bangladesh ECD Network (BEN), vice-chair of the Campaign for Popular Education (CAMPE), and member of the international advisory committee for the Yidan Education Prize Foundation. 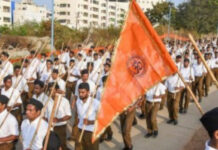 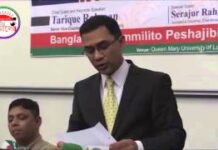 Treatment for drug addicts cannot continue in this manner

While Mandarins Run Amok in Bangladesh