Rohingya leaders on a remote Bangladesh island say they expect greater freedom of movement for its exclusive refugee population when a United Nations agency takes over humanitarian activities there, while the prospect has already reduced “the trend of fleeing” that led to drownings.

Under a memorandum of understanding signed between Bangladesh and the U.N. refugee agency UNHCR earlier this month, the Rohingya residents of Bhashan Char will be able to move around the island freely, and the two sides will agree on refugee movements off the island as needed. BenarNews obtained a copy of the MoU, which the government and the U.N. agency have declined to make public.

The announcement of the U.N.’s “engagement on Bhashan Char has made our community people happy,” Rohingya leader Md Yeasin told BenarNews on Monday.

“The trend of fleeing is already being reduced, and it will hopefully be stopped when the people will be allowed free movement in the island area.”

After months of negotiation, Dhaka and UNHCR on Oct. 9 signed the memorandum that clears the way for the U.N. agency to begin humanitarian operations on Bhashan Char, a tiny low-lying Bay of Bengal island where the government has built a housing complex and infrastructure to accommodate Rohingya refugees from Myanmar.

Since December 2020, Bangladesh has moved as many as 19,000 refugees there from sprawling and densely crowded Rohingya camps on the mainland, saying that Rohingya have been going to the island on a voluntary basis. Dhaka plans to relocate more than 80,000 others from those camps in Cox’s Bazar, a southeastern district near the Myanmar border.

“Our movement is very restricted here. We are always kept under tight surveillance,” Muhammad Sohel, another Rohingya leader, told BenarNews.

“After the MoU was signed, UNHCR representatives already visited us, and they informed us about various facilities including free movement on the island.”

Until now, Bangladesh’s navy has been in charge of managing housing structures on Bhashan Char, which Human Rights Watch has likened to “an island jail in the middle of the sea.” Under the MoU, the navy will transfer those duties to civilian administrators.

A Dhaka University professor said the deal was “long overdue.”

“Although it is late, it has made the island refugees hopeful about their future. And it is also encouraging refugees in Cox’s Bazar to go to the Bhashan Char,” Prof. Imtiaz Ahmed said.

“In the agreement, the word ‘protection’ is used in different provisions, which means the agreement truly and effectively will help the people who are now staying in Bhashan Char,” he told BenarNews.

The refugees will be free to roam around the island, according to the memorandum.

The government “will allow refugees/FDMNs [Forcibly Displaced Myanmar Nationals] to move on and within Bhashan Char for their daily activities,” says one clause.

The memorandum also states that “precise modalities and arrangements for movements of refugees/FDMNs from and to Bhashan Char on a needs basis will be agreed between [the government] and U.N.”

A Bangladeshi government official did not elaborate on what this clause meant by “needs basis.”

“Now, we are working with the whole matter. There is no scope to talk about the details of the agreement at this stage,” Shah Rezwan Hayat, the commissioner for Refugee Relief and Repatriation, told BenarNews.

Prof. Ahmed said that movements to and from the island is a vital issue for Rohingya refugees.

“Those who are now staying or planning to go to Bhasan Char, almost all of them have some close relatives living in Cox’s Bazar refugee camps, so the scope of a ‘needs basis’ movement is sometimes important for some refugees,” he told BenarNews.

“I think that the authorities concerned should find a way to give such a scope to the refugees to meet their relatives in important issues,” he added.

In recent months, scores of refugees have escaped or attempted to flee from the island, located about 60 kilometers (37 miles) from the nearest mainland territory. Those who failed in efforts to escape complained about poor living conditions, the food given to them, and a lack of opportunities to earn a livelihood while being cut off from the Bangladeshi mainland.

In August, a fishing boat carrying around 40 fleeing Rohingyas from Bhashan Char capsized in nearby waters, leaving more than two dozen dead or missing.

It is not clear when the U.N. operations will begin. Both Bangladeshi authorities and U.N. officials declined to confirm the date.

Hayat, the refugee commissioner, said the authorities were “now busy with some primary work regarding the implementation.”

“Planning sessions are underway, and once finalized, activities can commence,” Regina De La Portilla, a spokeswoman for UNHCR in Bangladesh, told BenarNews in an email.

The activities “will be tailored to cover basic needs and essential services,” as well as education, skills development, and livelihood opportunities “based on needs of refugees in cooperation and collaboration with the government and relevant actors, notably Bangladeshi NGOs already working there,” she said.

According to the MoU, Rohingya children on the island will receive an education in the “Myanmar language” and take lessons modeled on the Myanmar curriculum.

“Refugees/FDMNs will be permitted to engage in livelihood activities on Bhashan Char,” the memorandum also says.

“Refugees/FDMNs will also be permitted to access skills, vocational training and capacity building activities, in particular those commensurate with the opportunities available in Rakhine State. These activities and opportunities will allow refugees/FDMNs to better prepare them for their sustainable return and reintegration in Myanmar.”

The refugee population includes more than 740,000 who fled Myanmar after the military launched a brutal offensive in August 2017 against the community in their home state of Rakhine, in the wake of attacks on government outposts carried out by Rohingya rebels.

Abdur Rahman contributed to this report from Cox’s Bazar, Bangladesh. 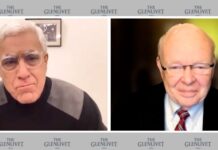 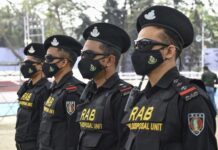 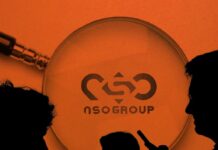 Decision to use markers to tick ballots scrapped