shakibBangladesh will have to play fearless cricket to reproduce their shock 2007 World Cup win over India and knock the defending champions out in their quarter-final, Shakib Al Hasan said Tuesday.

The star all-rounder hit a pivotal 53 as the Bangladeshis ran down India’s 191 to win by five wickets in Port-of-Spain, Trinidad, at the 2007 World Cup in one of the minnows’ biggest achievements.

India, unbeaten in their six pool games, are expected to add Bangladesh to their tally at the Melbourne Cricket Ground on Thursday and confirm their superiority over their neighbours in an all-Asian knockout game.

Not many give Bangladesh a hope in their first-ever World Cup quarter-final, but Shakib says confidence is high inside the camp after their three wins and rained-out point with Australia and anything is possible in a one-off game.

“I think we played fearless cricket (when Bangladesh beat India eight years ago) and we all want to play that brand of cricket that we played,” Shakib told a media conference.

“And, so far in this World Cup, I think we’re doing it. If we do exactly what we did against England or New Zealand, I think we’ll have a very good game.

“It depends on the day, we need to start well. Whatever we do and if we keep doing that and we keep the momentum in our favour then anything is possible.”

India have only lost to Bangladesh three times in 28 ODIs and have some of the biggest names in world cricket — Mahendra Singh Dhoni, Virat Kohli and Shikhar Dhawan — and have been, along with New Zealand, the only unbeaten team at the World Cup.

“India have a very good team, they are the defending world champions, they’ve got some world class players but we’re doing well in this World Cup, our confidence is high enough and we’re up for the match,” Shakib said.

“Obviously, on pen and paper, India is a better team than Bangladesh, no-one has any doubt about it.

“But on the day it’s a one-off game and if we have a good day and they have a bad day, you never know.”

Bangladesh sent their country into raptures with their stunning 15-run victory to knock England out of the tournament and lock in on a quarter-final berth.

“In the subcontinent, people always expect a lot from you and because we’re playing well there is some expectation,” Shakib said.

“But we need to focus on the game and how well we can play the game, that’s the key thing.

“And if we do that I think the result will take care of itself. It doesn’t matter, win or lose, if we play our best cricket, that’s the key thing.” 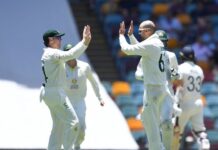