Finance Minister AMA Muhith is thinking nothing about ‘black money’ or undeclared income, and so the national budget will have nothing on it.

Muhith cleared his position on the issue at a pre-budget discussion organised by Bangladesh Study Trust at the National Press Club in Dhaka on Monday.

He said his budget speech is being written and many decisions have been made.

Some discussants asked him if he would keep the provision in the new budge to legalise undisclosed income by paying taxes or ‘to whiten black money’.

“I have no desire to make arrangements for black money. Whitening black money is always a barrier and it has never succeeded,” the finance minister replied.

The impact of ‘black money’ on Bangladesh’s economy has been debated for long. The government had provided people with the opportunity to legalise undisclosed income by paying taxes at different times without much success.Muhith told parliament last year that a total of Tk 133.72 billion had been legalised in this way since independence.

They allege the money is being smuggled out of the country.

The helplessness to stop money laundering was clear in Muhith’s tone: “What can I do if the black money gets out of the country?” he asked.

At a recent programme, the finance minister had warned banks and the regulators of widespread use of ‘black money’ with less than a year to the national election.

On Monday, he also had to field questions on loan scams at the banks.

“Bank scam is a very serious matter and there many types of problems in the banking sector,” he said.

He sounded frustrated as some of the banks hit by loan scams that he hoped would merge has not happened.

But, the finance minister said he was working to free Bangladesh of tobacco within 2040 in line with the announcement by Prime Minister Sheikh Hasina.

“I can drop some hints to that end in the budget so that we can clear tobacco away from the country. But alternatives for the tobacco cultivators must be made first.”

He recommended launching sovereign bond against government’s reserve fund, putting an end to waste of assets and money laundering, tackling the loan scams at the banks, and disbursement of budgeted funds within April. 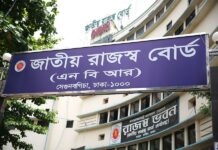 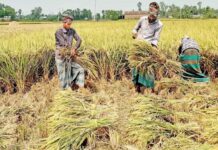 BD’s poverty rate may rise to 40.9pc due to pandemic: SANEM