With cricket getting more popular among the Bangladeshi people, the game got a fillip when the team won the ICC Trophy in Malaysia in 1997. Also known as “The Tigers”, they qualified for the 1999 ICC Cricket World Cup for the first time. Nobody really gave Bangladesh much attention at the tournament until a shock win over Pakistan in a group phase match made everyone sit up and take notice. Test status was granted to Bangladesh in June 2000. At the end of 2007, the side had played in 49 Tests, winning only once against a Zimbabwe team that was already weakened by the loss of several key players. There has been criticism that the team’s performance has been under par and this has led to repeated calls for them to lose their Test status.

Bangladesh co-hosted the 2011 ICC Cricket World Cup along with India and Sri Lanka, but unfortunately, failed to qualify for the knock-out stage, thereby ending their World Cup campaign in disappointment. 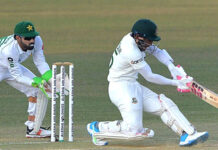 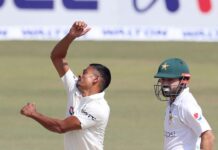 Bangladesh Premier League 2012-13: Low-key start, local flavour and the catch of the...