Dhaka, Mar 14 (UNB) – Former State Minister for Education Ehsanul Haque Milon on Thursday claimed that he is the victim of politics as his political rivals are pushing the Anti Corruption Commission (ACC) to quiz him again and again on graft charges.
“The ACC grilled me for four times on charges of accumulating illegal wealth. However, it earlier had cleared me that I was not involved in any corruption,” he told reporters in front of the ACC head office here in the afternoon after getting grilled.
Milon further said, “All the allegations brought against me are false and baseless. You can say I’m the victim of political harassment of the grand-alliance government.”
About his dual citizenship, he said: “I surrendered my dual citizenship before the parliamentary polls in 1996. Now, I’m only the citizen of Bangladesh. But, the government has cancelled my passport, so I can’t go abroad for even treatment.”
The ACC today quizzed Milon on charges of ‘amassing wealth’ during the past BNP-Jamaat government regime.
ACC deputy director Shahin Ara Momtaz started grilling him at 11 am and continued it still 1 pm, ACC Public Relations officer Pranab Kumar Bhattacharya told UNB.
On February 7, the anti-graft body quizzed Milon on the graft charges.
ACC sources said Milon and his wife are facing various graft allegations like illegally exerting influence on bidding processes and helping his chosen bidders to win tenders of various government development works, and misappropriation of public money during the last BNP regime.
Allegations are also there that Milon imported two tax-free cars in the last two terms of the BNP-led regimes (1991-1996 and 2001-2006).
Shahin Ara Momtaz is currently conducting the probe into the allegations raised against Milon and his wife.
On December 6, 2012, the ACC also grilled Milon on charges of receiving a Rajuk plot showing ‘fake’ documents.
According to the ACC, Rujuk distributed 20 acres of land among 55 people ‘illegally’ during the previous BNP-Jamaat alliance government.
Source: UNB connect 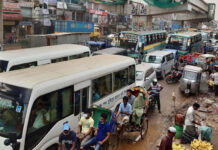 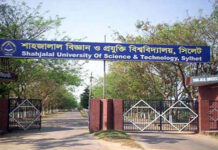 ‘Anyone alive will be rescued’