A matter of definition?

There is surely every reason to celebrate the prospect of our graduating out of the LDC status, but not much is added to our achievement by calling ourselves a “non-LDC developing country”, if at all we have to find a new designation. PHOTO: SHAHRUKH IKHTEAR
Wahiduddin Mahmud

In 2015, we welcomed the good news that Bangladesh had graduated from the low-income to low-middle-income status in the World Bank’s classification of countries. Now we are rejoicing the news that the country has for the first time fulfilled the criteria for graduation out of the status of the Least Developed Countries (LDCs) as categorised by the United Nations and its affiliated organs like the World Trade Organization (WTO). Yet, there seems to be some confusion in the public mind, and even in the official circles, about the way countries are categorised; for example, if we are no more an LDC, what shall we be called? It will be an irony, if amidst all our rejoicing, we do not know for sure about what we are graduating into.

Let us be clear about one thing: the official country classification schemes followed by the international organisations like the WTO or the World Bank are based on precise criteria and are meant for special treatments such as in the global trade agreements or in providing concessional loans; these should not be confused with the vocabulary generally used in the popular development discourses or in the academic literature for describing countries at different stages of development. In the development literature, the typologies of countries have in fact evolved over time, as our understanding of economic development itself has evolved, and as development has been conceptualised from various perspectives.

For example, there is a simple distinction between rich and poor countries based on the average income and standards of living of the population. However, to recognise the fact that the poor countries are poor only because their resources are not yet used to the full potential, these countries were labelled “underdeveloped” or “less developed” in contrast to countries that are considered “developed”. Later on, the all-embracing category of “developing” was introduced, rather euphemistically, to include all countries other than the developed ones. And the latest of all, the term “emerging” was introduced as a prefix to those economies among the developing countries that were making enough rapid progress to justify the designation of a hybrid category.

Meanwhile, there were other types of country categorisation. Since development was thought to involve industrialisation, urbanisation, and technological advancement, the countries were variously categorised, on the one hand, as industrialised, mature, modern or advanced, and, on the other hand, as agrarian, pre-industrial, or less advanced. The term “Third World” was coined to embrace all these later aspects of underdevelopment. Further, countries were also divided into the “centre versus periphery” from the leftist perspectives related to the impact of imperialism and colonisation on economic development.

Coming back to the category of Least Developed Countries (LDCs), it was established in 1971 by the UN as a special group of developing countries characterised by a low-income level and structural impediments to growth, such as vulnerability to shocks and lack of human asset. These countries were thus considered deserving of special support as embodied in the consecutive decadal Plans of Action for LDCs adopted by the UN. Subsequently, the LDC status became more important when the WTO accepted this classification to allow special trade and other related concessions. Note that in this classification system, the LDCs are also generally considered developing countries, but only belonging to a particularly disadvantaged sub-group that needs special support. Unlike the rigidly defined criteria for qualifying as LDCs, the definition for developing countries is rather ambiguous. In fact, the WTO has no proper country classification system beyond the LDCs; instead, countries themselves declare their status as developing countries, and consequently, their eligibility for certain trade benefits.

Thus, unlike in the case of graduating from a low-income country to a low-middle-income one in the World Bank’s classification, coming out of the LDC status in the UN system does not mean our newly acquiring the status of a “developing country”, which we always have been. There is surely every reason to celebrate the prospect of our graduating out of the LDC status, but not much is added to our achievement by calling ourselves a “non-LDC developing country”, if at all we have to find a new designation. What could then be our next target in terms of country classification? It could be graduating to the high-middle-income status according to the World Bank’s classification, which will mean increasing the per capita income nearly fourfold in real terms; or, it could be becoming a developed or industrialised country in the sense it is understood in the common development terminology. In the post-World War II period, only South Korea could achieve the latter distinction of graduating from a developing country to an industrialised one, excepting the small island states like Singapore, Hong Kong and Taiwan. While our official pronouncements refer to some ambitious long-term economic goals set for 2041, it is not entirely clear which of the above targets we are aspiring to achieve by that year.

Bangladesh achieved the status of a low-middle-income country earlier than predicted. There were two contributing factors. First, the stable foreign exchange rate in the previous years had helped in rapidly raising the per capita income in US dollar terms, even though the effect was moderated to an extent by the so-called Atlas method followed by the World Bank which is based on a three-year average taking into account the divergence in domestic and international inflation rates. Second, the long overdue revision of our national income accounts, which took place prior to the year of graduation, led to an upward shift in the annual series of per capita income by 12 to14 percent. This has also helped Bangladesh in qualifying for graduation from the LDC status, since the same method of estimating the threshold per capita income is used both by the World Bank and the UN in this regard.

Apart from these favourable factors in the estimation of per capita income, Bangladesh’s prospects for graduation from the LDC status also improved because of a recent change in the way the other two criteria of graduation—namely, a human asset index and a country vulnerability index—are measured. Previously, the threshold levels in these indicators used to be revised regularly in relation to other developing countries, thus resembling rather a set of moving goal posts; but recently, the graduating criteria in these indicators have been fixed in absolute terms. This has made it possible for a number of countries to qualify for graduation, in sharp contrast to the previous few rare instances of such graduation ever since the LDC category was established. But that does not diminish the importance of Bangladesh’s prospective graduation from the LDC status. Because of the sheer size of the population, which makes Bangladesh by far an outlier among the LDCs, any progress in development indicators in Bangladesh have a significant effect on the global average of such indicators. Thus, unlike in the case of the other graduating LDCs, Bangladesh’s progress beyond the LDC status will be watched with particular interest by the observers of global development.

Wahiduddin Mahmud is a retired professor of economics at the University of Dhaka and a former member of the UN Committee for Development Policy (UNCDP). 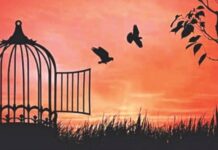 December is the cruellest month