The chairman of the US House Foreign Affairs Committee criticised a “fraudulent statement”, which claimed a group of Congress members made remarks about the political situation in Bangladesh.

“Though the Committee and many Members of Congress continue to monitor the political situation in Bangladesh, the Committee did not – and the Members did not – issue any such statement. It is unacceptable that any party would seek to use a fraudulent press statement from the U.S. Congress to advance their political goals.”

IBTimes UK ran the “fraudulent” release (on 8 January) after being sent the document (found below) from a senior aid to Tarique Rahman, the senior vice chairman of Bangladesh Nationalist Party (BNP).

But Humaiun Kobir told IBTimes UK his party has since launched an investigation, which is ongoing, after the House Foreign Affairs Committee released its statement.

Kobir said the episode was “embarrassing” but did not comment further on the matter, citing the ongoing investigation.

IBTimes UK contacted the House Foreign Affairs Committee for further comment but was referred to the group’s official statement. 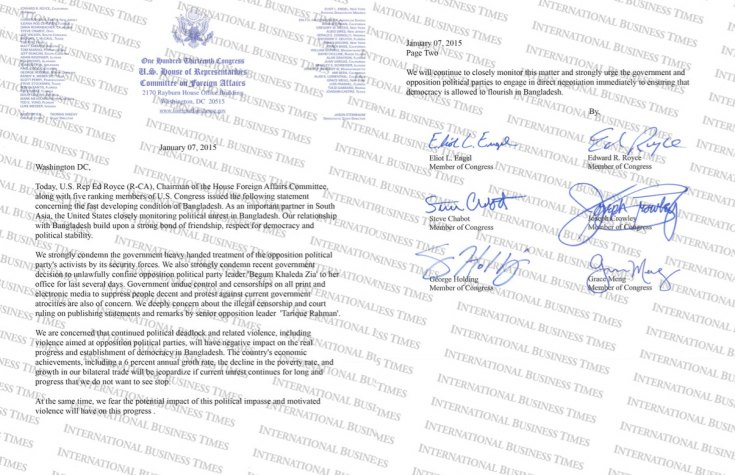 Signs of life linger in the ruins