Slums: Whose problem is it anyway?

The recent fire incident at the Chalantika slum in Mirpur has perhaps been the kindest to the victims: claiming no lives, only their life’s possessions. The fire that broke out around 7:20pm on August 16, 2019, engulfed more than a thousand shanties, leaving thousands of people homeless. It took 24 firefighting units hours to reign in the insatiable flames. A lot of the slum dwellers had been away to their native villages to celebrate Eid-ul-Azha, serendipitously escaping the blazing fires. Concerned authorities have also been quick to contain the situation and provide relief to the affected people, with DNCC operating treatment facilities for the victims.

According to a UNDP report, slum dwellers account for more than 33 percent of the capital’s population. For these rootless millions, life can be precarious, and rife for exploitation. For instance, despite poverty being their calling card, shanty dwellers actually pay inflated rents for their cramped, fragile and at times fatal accommodations. The report cites a 2017 study by Bangladesh University that reveals that slumlords on average earn Tk 47 per square foot per month for the accommodation provided, almost twice the amount a resident has to pay for a formal, decent accommodation in even upscale areas such as Dhanmondi.

The shanty residents also pay exorbitant amounts to get basic utility services such as electricity, gas and water. Oftentimes, the costs are covered by the governments, the risks—the fatal risks of makeshift infrastructure—are borne by the residents, while the benefits are pocketed by the slumlords.

Take the recent fire incident at Chalantika slum for example. Although the exact cause of fire is yet to be ascertained, it has been suggested that the fire spread fast due to faulty gas supply mechanism. The slumlords had been illegally supplying gas to the residents through plastic pipes. According to a report published in this daily, Rezaul Karim, assistant director of the Fire Service and Civil Defence in Dhaka, has this to say about the incident: “We found illegal gas connections in the slum when we were conducting search operation [on August 17]. The gas was supplied through plastic pipes. The plastic pipes melted in the heat, releasing the gas and helping the fire spread faster to adjacent shanties.” According to a report published in Prothom Alo, the slum dwellers had each been paying Tk 500 for this faulty and illegal gas connection, which amounts to Tk 75 lakh per month. Unfortunately, since the gas was being provided illegally, not a single penny reached the utility providers—Titas Gas in this case.

According to the same report, almost Tk 1.5 crore was being paid every month by the slum dwellers for gas, electricity and water connection. The money was allegedly being collected by the henchmen of two political hotshots of the ruling party, who divided it between themselves.

It wouldn’t take too much of a leap of faith to assume this case to be fairly representative of the goings-on of the nearly 3,400 slums of Dhaka. According to a report published by this daily in 2017, there were at least 10,000 illegal gas connections in Korail slum, which were being provided by two syndicates. They collected more than Tk 5 million every month from the shanty residents. Galvanised Iron (GI) and plastic pipes have been used to supply gas to the residents, which increases the possibility of fire hazard manifold. Korail slum has witnessed multiple fire incidents in recent years, with some attributed to gas explosions.

Apart from such obvious risk factors, sanitation and hygiene, security, and unhealthy living conditions are also part of the myriad problems slum dwellers face day in, day out. At all times, their perilous existence hangs in the balance, stuck between a rock—the insatiable hunger of their willing hosts—and a hard place—the threat of eviction in a moment’s notice.

In the midst of all these issues, one wonders why successive governments in the last few decades have not taken measures to provide concrete shelter to the slum dwellers. After all, these people form a significant workforce, part of the reason why our economy enjoys its low-cost advantage to this day. If nothing else, these are enfranchised citizens of our country, guaranteed by our constitution to live “free from exploitation”, part of “a society in which the rule of law, fundamental human rights and freedom, equality and justice, political, economic and social, will be secured for all citizens.”

Not that the government did not undertake projects to address the plight of slum dwellers. In 1998, the government did initiate the well-intentioned Tk 341 crore Bhashantek Rehabilitation Project in Mirpur, which was meant to provide 7,560 flats for the urban poor. The project was never quite the resounding success it was hoped to have been. Financial irregularities, mismanagement, and corruption took their toll, and soon the project had to be shelved, and along with it the possibility of a sustainable and affordable housing for the urban poor. As tends to be the case, it is they who would ultimately pay the price.

It is a strangely cyclical life, the boom of the bright city lights and the promises they hold, followed by the bust of exploitation, eviction and mortality. There are many possible solutions that have been tried, to varying degrees of success, around the world—solutions we could learn form. But looking at them, we see a common thread that holds all such shanties together—a confluence of vested interests that has a built-in machine designed to systematically exploit millions of vulnerable households for the profit of a few, feeding this vicious cycle in perpetuity.

It is a complex problem, but perhaps the solution starts with a simple step: accepting ownership of this challenge as a society, and demanding the requisite will from our public representatives to strike a blow that will not just dent but also shatter this hungry machine.

Tasneem Tayeb is a member of the editorial team at The Daily Star. Her Twitter handle is @TayebTasneem. 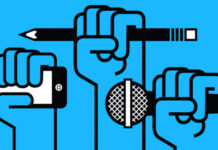 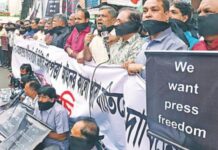 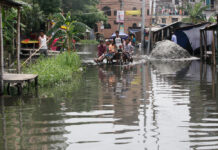