#Shahbag is a stereotype of a movement for a select few… 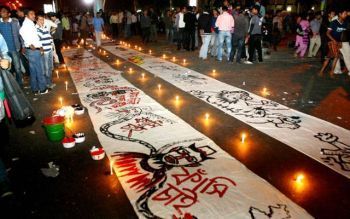 (YORK, UK) – Bangladesh badly needs reorganization of the industrial, economic life and consequently also of the entire structure of society. Bangladesh has root and reasons for a bottom-up, social revolution, which will reorganize all of society.

People of Bangladesh are sandwiched between two main political parties. They think of a better political alternative and end up in choosing one of the main parties for the next term.

Some extreme people think of undemocratic third forces, that may be a military takeover or some advocates for Islamic ruling. Many leftists keep dreaming for revolution and many end up in joining the ruling elites, which have surely brought revolutions in their lives.

#Shahbag movement is a stereotype of the movement of a select few, which at the end will bring benefits to a selected few with their selected few demands.

Bangladesh is processing towards the festivals of the oppressed, where the oppressed together will create a new type of social order, a new Bangladesh.

I don’t see any festive of oppressed in #Shahbag rather than selected few middle class educated people demanding for their type of political change within the existing system.

#Shahbag is trying to depoliticize the platform to show that they have no political affiliation; but their demands are highly political and motivated by particular political ideologies. 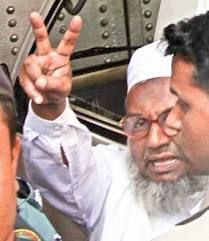 Specifically, the selected few of #Shahbag are trying to replace the worse by compromising with the worst, by doing so they are strengthening the hands of the worst.

Since 1971, Bangladesh has experienced the far-reaching impact of corruption and economic crime that undermines the value of democracy, sustainable development, and rule of law. The popular #Shahbag movement will tag many into new problems as happened in 1971, as an outcome of that popular movement of ’71, people were tagged with the problems whether they wanted those or not.

Soon after the liberation war in 1971, working class people were forced to exist with many unwanted problems. One is endless corruption. Very recent examples of high profile corruption cases are Padma Bridge project, the Railway Scandal and the Hall Mark Group scam.

The ample sacrifice of many in 1971 resulted in freedom, but the freedom remains free for a few select families. These selected few continued to rule masses freely by creating an oppressing system. Bangladesh became a corporation of these selected few families, where they keep fighting who will rule next time.

The #Shahbag movement is creating another new ’71. The few selected middle class people are making sure that they will be part of the benefit system.

#Shahbag is a movement which had started by the middle class for serving the very purpose of the ruling elites. The issues of working class are not end their demand list such as fighting corruption and poverty, proper and equal distribution of property.

#Shahbag movement will set up an example of how movement of middle class excludes the demands of working class.

The purposive actions and structural forces behind this movement made it very clear, for what, and for whom the movement is for. The active engagement of many young leftist leaders into this #Shahbag movement has surely tagged them into a political suicide.

The popular idea of political change in Bangladesh means peaceful regime change or military takeover of power, often it’s ignored or many failed to identify the process of an existing social revolution in Bangladesh.

#Shahbag movement was wisely designed by the ruling elites, to disrupt the process of social revolution, and furthermore to uproot the political opponents from the field to avoid any political revolution.

Still there is a chance to identify the process of the social revolution to alter class structures, dysfunctional state organizations, and dominant ideologies. I am not suggesting another HASHTAG movement, not for an event which will happen in the future, but sharing a process which is occurring at this moment.

The product of struggle is revolution, struggle against authority, exploitation, oppression and domination exists in Bangladesh.

#Shahbag, the struggle for freedom, equality and solidarity is on the ground, now it’s time identify and continue with the process.