The Business Standard 2 April 2020 Accessories makers and deemed exporters will miss out on the soft loan to be given at only two percent interest Photo :Mumit M Apparel makers who export at least 80 percent of their total production will be entitled for the government’s Tk5,000 crore stimulus package announced last week, according to officials of the finance ministry. Exporters of shrimp, frozen food and light engineering will not get the benefits either. After finalising the terms and conditions, the finance ministry has sent the proposal to the Bangladesh Bank, said Shirajun Noor Chowdhury, joint secretary of the ministry. Meanwhile, a Bangladesh Bank official said they are likely to issue a circular in this regard today. The loan will be given at two percent interest rate for a period of two years, including a six-month grace period. Exporters can avail the money from their respective banks, who will then submit the documents to the central bank for refinance. On March 26, Prime Minister Sheikh Hasina announced a Tk5,000 crore stimulus package for the export-oriented industries that have been hit hard by the Covid-19 pandemic. She said the fund would be given for payments of workers. The money would directly be deposited in the accounts of workers of different companies. Meanwhile, the Bangladesh Garment Manufacturers and Exporters Association in a statement said some 1,059 factories had reported cancellations and postponement of export orders worth $2.90 billion as of on Tuesday. 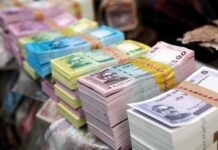 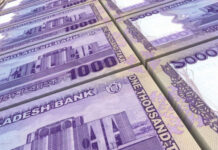