Without systematic change, our woes will never be effectively solved

How many times have you heard this sentence: “You have to pay up here, because that is the system?”

This simple, innocuous, oft-heard phrase underlines the basis of most of our societal problems. I say societal problems because the realm of the systematic failure exceeds that of the legal and procedural and spills over to the cultural and social.

Every systematic legal failure in the system affects the collective societal ideal of justice and therefore, the problem that is legal is also social. Therefore, I argue, that our problems are not simply social, legal, or cultural, they are a part of the whole, they are systematic.

Let me give an example on this point: Corruption. This has become one of the biggest cultural, legal, and social problems of our country. And I would argue that this stems from the systematic failure of our state system. If you look at the structure of our constitution, it is evident that the separation of power is reduced simply to an oxymoron. The way that the three bodies of the government are set up, it is inevitable that the executive will swallow up the legislative and the judiciary.

Article 70 of our constitution essentially turns our political system into an interchangeable dictatorship as there is no way of the elected officials to vote according to the needs of their constituents and must follow the directives of the party leader, who is also the head of the government.

As such, the system that was meant to serve the people, serves the party leader. This makes autonomy of the elected officials impossible, and in order to retain power, buttering up the major leaders become absolute.

And because the parliament is dictatorial, the president is always partisan and appoints judicial officers along party lines. Thereby, the whole governmental body becomes a vanguard of party interests and being a party affiliate translates to having total indemnity, as long as you stay on their good side.

This indemnity is what leads to a systematic bribe culture. The dictatorial power of the executive lead by major parties makes sure that corrupt people would not be prosecuted for their offenses as long as they stay on the right side of politics.

The subjugation of the judiciary by the party ensures that there is no accountability. Even non-political and ethically sound people are then forced into taking bribes as not taking bribes gets you into trouble as your colleagues start to distrust them. I personally know people who were thrown into hot water, even legal trouble, because of their honesty. In a society run on corruption, only those who refrain from it get prosecuted.

So when the culture of corruption is instituted from the very top, every other person who participates in corruption is a victim and a perpetrator at the same time. And those who need to avail services from these offices have no choice but to give in to their demands. Because there is no point in complaining, as those who you complain to are also corrupt. Quis custodiet ipsos custodes?

It is a positive sign that this scenario is experiencing a change. There are now hotlines and other methods of submitting complaints and the perpetrators, as long as they are not very integral to the powers that be, are being prosecuted. It is very positive that we are improving on the corruption indices. But the system still remains the same.

So long as the entire governance structure is not changed and the culture of indemnity not reversed, singling out perpetrators would remain all but hogwash. Constitutional change is necessary to ensure separation of power, and the judiciary must be made independent to keep the powers accountable.

Let me give you another simple, and hopeful example: Traffic laws. There are traffic laws in Bangladesh and, on many roads, there are even lanes and traffic lights. There are no parking signs and no stoppage signs all over the city. But who cares?

Our traffic police are helpless to a certain extent. They cannot lodge cases against cars and motorcycles that are owned by powerful politicians or their affiliates. I personally have seen many of these incidents where the police had to let obvious violators go after they flashed their political identity.

All the buses in the cities are owned by powerful leaders and their affiliates and donors. They are all above the law. The power of the police, as such, is reduced to puncturing rickshaw tires with screwdrivers. No wonder they try to squeeze a little out for themselves through petty bribes.

However, the fact that systematic change can change the culture was shown first during the safer street movements of 2018. The protesters came down on the streets and started actively enforcing the laws, regardless of political connections. And as a result, the streets turned beautiful. The vehicles were abiding lanes and traffic jam was reduced. The children of the streets showed us how the affairs of the state need to be managed. They showed that the popular ethos that our woes were caused, somehow, by our inherent Bangali nature, was false. They show that we, too, can prosper if our system would let us.

So why can we not do permanently what the children did temporarily? Because the system, from the beginning, had been built so that power can be centralized and consolidated and corruption can flourish under that. We cannot forget that our state system was built by the colonizers with the purpose of suppression, not liberation. That is what we must reverse, if we are to reverse our current sorry state.

But it is not too late. We are always on the quest to build a more perfect republic.

Therefore, it is high time for us to raise a dialogue for structural change in our state and ensure justice through and through.

Anupam Debashis Roy is a member of the editorial board at Muktiforum. He can be reached at muktiforum@gmail.com. 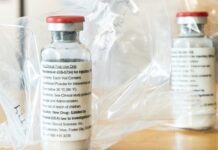 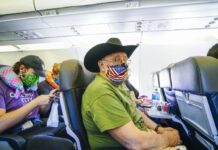