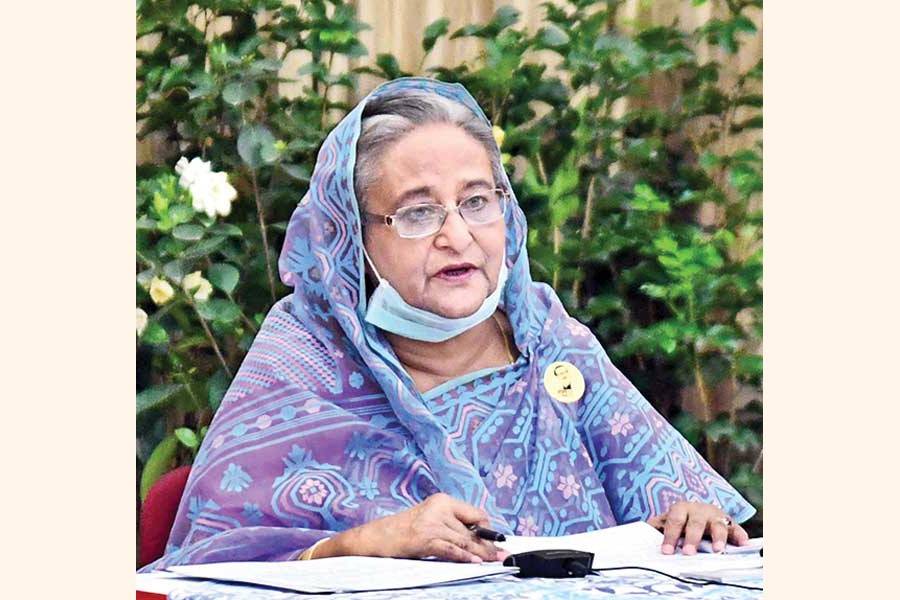 With the previously announced Tk 50 billion stimulus package, the amount of the whole package now stands at Tk 727.50 billion. 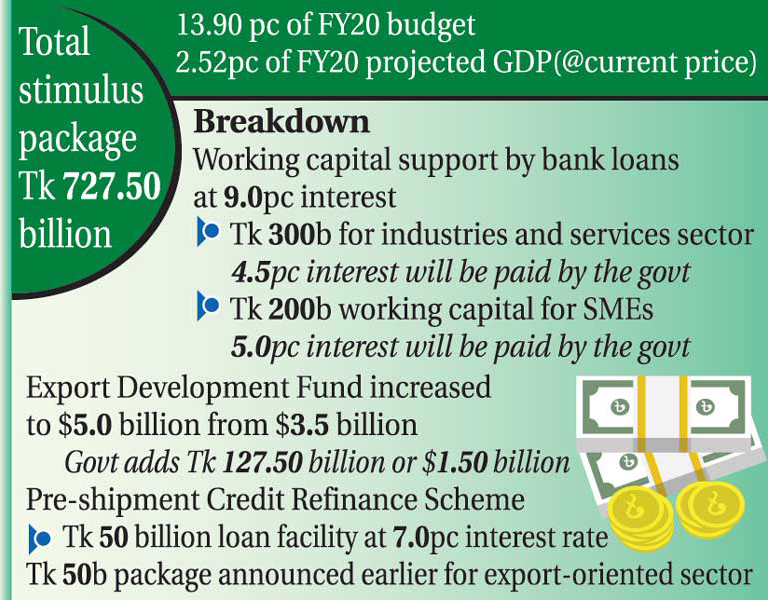 The announcement came from a press conference held by the Prime Minister at her official residence Ganobhaban.

It was arranged to brief journalists about the possible impacts of the coronavirus outbreak on the national economy and the ways devised to face the challenges in the coming days.

Hasina noted the potential implications of the virus for inward remittances, the stock market and low-income groups.

People with low incomes will be affected by the impact of the outbreak as economic costs will deepen in the days to come, Hasina said.

The government will increase public expenditure to keep up growth momentum and will discourage officials’ foreign visits to cut costs, she said.

Fiscal packages and low-cost loans for businesses, including small and medium enterprises, will be prioritised in an effort to limit the economic fallout from the outbreak.

Social safety net programmes will be enacted to ensure the basic needs of people living below the poverty line, said Hasina. These programmes will include the sale of rice at Tk 10 per kg and the distribution of free food and cash among affected groups.

In the four new packages, Sheikh Hasina said her government will provide working capital of Tk 300 billion to the COVID-19 affected industries and service sector institutions.

Commercial banks will provide loans from their own resources to the industries or business entities concerned on the basis of bank-client relationship.

The interest rate of this loan facility will be 9.0 per cent, of which the loan taker will provide 4.5 per cent and the government the rest of the interest to the respective bank as subsidy.

In the second package, which will be for the small and medium industries, the government will provide Tk 200 billion as working capital.

Here too, the commercial banks will provide the loans from their own resources to the industries or business entities on the basis of bank-client relationship.

The interest rate will be the same as 9.0 per cent, but the 4.0 per cent interest will be borne by the loan-taking industry while the rest of the money will be paid by the government to the respective bank as subsidy.

In the third package, the Bangladesh Bank will expand its EDF (Export Development Fund).

Aiming to increase the facility for importing raw materials under the back-to-back LC system, the central bank will enhance its EDF facility from US$ 3.5 billion to US$ 5 billion.

The current interest rate of the EDF is LIBOR (London Inter-Bank Offered Rate) + 1.5 per cent (which is actually 2.73 per cent). It will be lowered to 2.0 per cent, she said.

For the last package, the Prime Minister mentioned that Bangladesh Bank will introduce a new loan facility system titled ‘Pre-shipment Credit Refinance Scheme’. The amount of this loan facility will be Tk 50.0 billion in total where the interest rate will be 7.0 per cent.

While addressing the nation on March 25 on the occasion of the Independence and National Day 2020, the Prime Minister announced a stimulus package of Tk 50 billion for export-oriented industries to fend off the adverse impact of coronavirus on the country’s economy.

This money will be used for providing the salaries and wages of workers and employees only.

“The total amount of these stimulus packages will be Tk 727.50 billion which will be 2.52 per cent of the GDP,” she said.

Sheikh Hasina expressed the hope that the country’s economy will bounce back if the stimulus packages are implemented quickly.

“And we’ll be able to go close to the desired economic growth, Inshallah.”

She also put emphasis on giving special attention to local products besides the export-oriented sector to overcome the possible global and domestic economic crises.

In this context, the Prime Minister urged all to increase production and the use of local products.

She said taking opinions of all concerned, the government has taken various kinds of steps.

“So, there’ll be no problem in the future. All can run their business properly. I don’t see that anyone will be suffering,” she said.

Sheikh Hasina mentioned that it is the responsibility of the government to ease people’s sufferings.

“That’s why we’ve announced the packages. All will get the facilities they need,” she said.

But, the Prime Minister again warned against corruption and irregularities in implementing these packages. “I just want that all will do their work with honesty. Don’t indulge in any type of corruption, irregularity and misuse,” she said.

The Prime Minister also mentioned that if all work properly, no one will be in trouble and the government arranged this based on that consideration.

She rolled out four work plans of the government on the immediate, short and long term bases to offset the possible adverse impact on the country’s economy.

Sheikh Hasina said in public expenditure, job creation will be given priority and foreign trips and luxury expenses will be discouraged.

To meet the basic rights of people living under the poverty line, day-labourers and those involved in non-formal activities, the government will expand its social safety net programme, she said.

About increasing the money supply, Sheikh Hasina said it is necessary to overcome the adverse impact on the economy.

She mentioned that Bangladesh Bank in the meanwhile reduced the CRR and Repo to increase the flow of money which will continue in the coming days as per the demand.

“But for this purpose, there would be no inflation due to the money flow,” she added.

The Prime Minister said time has not come yet to say anything specifically about the negative impact of coronavirus, which is ravaging the entire world, on the country’s economy.

Focusing on some possible economic impacts, she said import expenditure and export income decreased 5.0 per cent compared to that in the same period of the last fiscal year. “At the end of the fiscal year, it’s apprehended that this will be further widened.”

Sheikh Hasina mentioned that there is the possibility that the desired private investment might not be achieved due to the implementation of ongoing mega projects, establishment of economic zones and delayed reduction of bank interest rates.

She said there will be an adverse impact on service sectors, especially hotel-restaurant, transport and aviation.

Due to the decreased demand fuel worldwide, its price has decreased by 50 per cent and it will have an impact on remittance earnings, she said.

Sheikh Hasina mentioned that although Asian Development Bank projected the economic loss for Bangladesh at US$ 3.02 billion, the amount might be much higher considering the present context.

She also said due to the long holiday or the lockdown, the production of small and medium industries came to a standstill and due to the restrictive transport services, the purchasing capacity of the low-income groups has been reduced and there might be a problem in the supply chain.

The Prime Minister said in the current fiscal year, the revenue collection will be lower than the target which might result in additional budget deficit at the end of the year.

She mentioned that the GDP growth would come down due to the negative impacts of macro indexes.

In this connection, she said in the last three years, the GDP growth was more than 7 per cent while the main driving power of 8.15 per cent GDP growth in 2018-19 fiscal was strong domestic demand with conducive revenue and monetary policies.

She said the International Monetary Fund (IMF) announced that the world economy already started experiencing recession while indexes have fallen 28-34 per cent in the world capital markets.

If the recession prolongs, the world growth will be reduced to 1.5 per cent, and it will be the great depression after the World War II, according to the view of OECD (Organisation for Economic Co-operation and Development).

The Prime Minister said it is apprehended that a huge number of people will be left unemployed worldwide.

At the press conference, she said the government started undertaking measures with highest importance to prevent the coronavirus immediately after its outbreak in China.

At the same time, the IEDCR, Prime Minister’s Office and Health Ministry have opened separate control rooms and began monitoring the situation round the clock, Hasina said.

She said the deadly coronavirus could not yet spread widely in Bangladesh due to timely and appropriate measures taken by the government. “The situation is under control.”

The Prime Minister mentioned that a national committee has been formed under the leadership of the Health Minister with representatives from various ministries, World Health Organization and medical professionals as its members to provide necessary guidelines.

Besides, she said, a 17-day general holiday was declared from March 26 while almost all mills and factories, tourist spots, markets and transports were declared closed and the people were instructed to stay at home and maintain social distancing to prevent the spread of coronavirus.

Hasina again urged the country’s people to celebrate Pahela Baishakh on April 14 staying at their homes. “The cultural programmes can be aired through media. This can be social media,” she said.

Talking about upcoming Shab-e-Barat which will be observed on April 9, she called upon Muslims to perform their prayers at home. 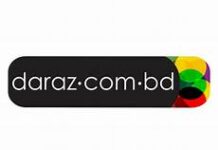 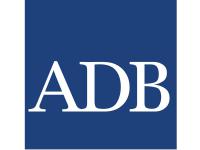 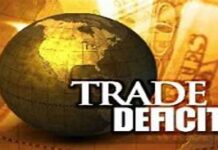 $700m may come from IMF and with no strings attached