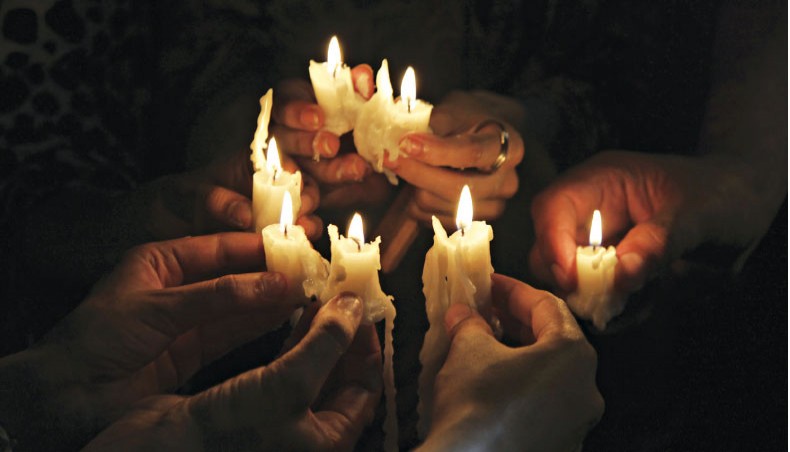 Pakistan on Tuesday mourned the killing of at least 61 people in a brutal gun and suicide bomb assault on a police academy, the deadliest attack on a security installation in the country’s history.
Three masked gunmen burst into the sprawling academy in the southwest, pretending to be soldiers as they targeted sleeping quarters home to some 700 recruits, in a strike that sent
terrified young men fleeing.
‘They… knocked at the locked rooms and told the cadets that they were from the army, and when they opened the doors, they fired at them,’ a 22-year-old cadet called Hikmatullah said from his hospital bed, where he was recovering from a gunshot wound to the shoulder.
‘They came in by jumping over the walls of the academy which are very low. I ran away from my room and was hit by a bullet, I still managed to flee.’
The attack on the Balochistan Police College, around 20 kilometres east of the provincial capital Quetta, began around 11:10pm (1810 GMT) on Monday, with gunfire continuing to ring out at the site for several hours.
Sarfaraz Bugti, home minister of Balochistan province, told reporters the attackers first killed a tower sentry before accessing the grounds.
A morgue list seen by AFP detailed 61 people killed in the attack, while 118 were injured, according to a government spokesman.
Major General Sher Afgan, chief of the paramilitary Frontier Corps in Balochistan which led the counter-operation, blamed the attack on the Pakistani Taliban-affiliated Lashkar-e-Jhangvi (LeJ) militant group, and said the counter-strike was over in three hours.
An emailed claim from the Pakistani Taliban, which shares close operational ties with LeJ, backed that assertion.
‘This attack was carried (out on the instructions of) Mullah Daud Mansour, close ally of Hakimullah Mehsud and head of Pakistani Taliban in Karachi,’ it said, adding that four fighters took part.
It said the attack was revenge for the deaths of its fighters ‘outside jails’ in Punjab province, in an apparent reference to the recent surge in extrajudicial killings of LeJ fighters.
The Islamic State group also made a claim via Amaq, its affiliated news agency, and released a picture of what it said were the three attackers.
LeJ officially pledges allegiance to al-Qaeda, the IS group’s major rival. But the dual claims could be evidence of new linkages that remain unofficial, analysts say.
‘Lashkar-e-Jhangvi’s claim seems to carry more weight age but IS has released photographs of the militants and this link between LeJ and IS will be determined in the coming days,’ said analyst Amir Rana, the director of the Pakistan Institute for Peace Studies, a thinktank.
Pakistan’s top military and intelligence command, including army chief Raheel Sharif, attended an official funeral ceremony for the victims, whose bodies were laid in coffins draped in white and borne by soldiers in dress uniform.
Prime minister Nawaz Sharif later flew to Quetta to chair a high-level security meeting, while Washington condemned the ‘cowardly attack.’
‘The United States stands with the people of Pakistan and reiterates our commitment to support the government of Pakistan in its efforts to end the scourge of terrorism and violent extremism and to promote peace, security and stability in the region,’ said a White House spokesman.
It was the third-deadliest attack of the year in Pakistan, which has been racked by a homegrown Islamist insurgency since shortly after the US-led invasion of Afghanistan in 2001.
The compound remained sealed to journalists while weeping relatives were sent to the main hospital, where citizens rushed to donate blood.
Mineral-rich but impoverished Balochistan, Pakistan’s largest province, is beset by sectarian strife, Islamist violence and an on-off separatist insurgency that has lasted for decades.
In August, a suicide bombing at a Quetta hospital claimed by the Islamic State group and the Jamaat-ul-Ahrar faction of the Pakistani Taliban killed 73 people.
Violence across the country has declined in recent years following a series of military offensives in the northwest border areas as well as concerted efforts to block the militants’ sources of funding.
But the remnants of militant groups are still able to carry out periodic bloody attacks, particularly in the northwest.

Victims of Indo-Bangla border dispute vote for the first time