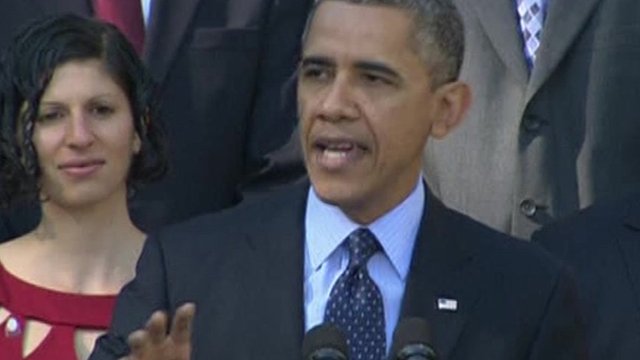 President Obama talks about the problems with the website

US President Barack Obama has said there is “no excuse” for the glitches that have plagued the rollout of an element of his 2010 healthcare law.

In a White House press conference, Mr Obama said that despite its problems, the website was delivering affordable coverage.

Those attempting to sign up for health insurance have reported persistent issues since the 1 October rollout.

Mr Obama said a “tech surge” was under way to fix the snags.

The website’s issues have been overshadowed by the recent partial government shutdown, in which Republican lawmakers attempted to gut the law through budgetary brinkmanship.

In Monday’s Rose Garden event, Mr Obama conceded that healthcare.gov “hasn’t worked as smoothly as it was supposed to work”.

“The number of people who’ve visited the site has been overwhelming, which has aggravated some of these underlying problems.”

Mr Obama added: “There’s no sugar coating – the website has been too slow, people have been getting stuck during the application process and I think it’s fair to say that nobody’s more frustrated by that than I am.”

He said that notwithstanding the website’s problems, there was “massive demand” and the homepage had been visited nearly 20 million times since its launch.

“Precisely because the product is good, I want the cash registers to work; I want the checkout lines to be smooth,” said Mr Obama. “And there’s no excuse for the problems, and these problems are getting fixed.”

He was joined at Monday’s event by people who have successfully enrolled during the first three weeks.

Janice Baker, a Delaware business owner who was the first person in her state to enrol for coverage through the exchange website, introduced Mr Obama.

She said she had “a number of frustrating attempts” to use the site, but kept trying as she had been rejected from insurance plans previously because of a pre-existing condition.

Ms Baker said she expected to save $150 (£93) a month with the policy she had signed up for on the exchange.

The website is supposed to be a clearinghouse for uninsured Americans searching for medical coverage.

The site acts both as a check on whether applications qualify for government subsidies for private insurance, as well as being the first enrolment step for specific plans. 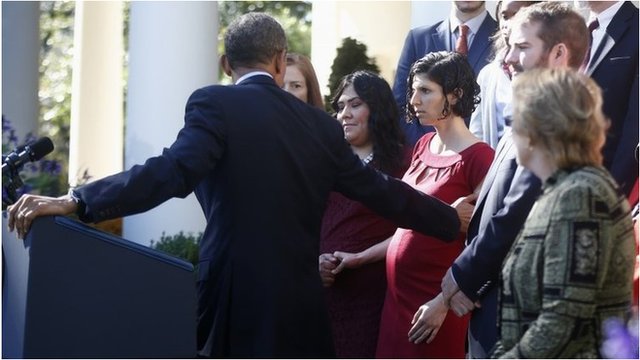 The non-partisan Congressional Budget Office projects the exchanges will be the gateway for providing health coverage to an estimated seven million Americans during the first year.

The White House has said almost half a million people have applied for healthcare through both federal and state-run exchanges since 1 October.

Exchanges run by individual states do not appear to have been plagued to the same extent by malfunctions.

White House officials initially blamed the gremlins on heavy interest in the site, but they recently conceded the flaws were larger and involved software and system design issues. 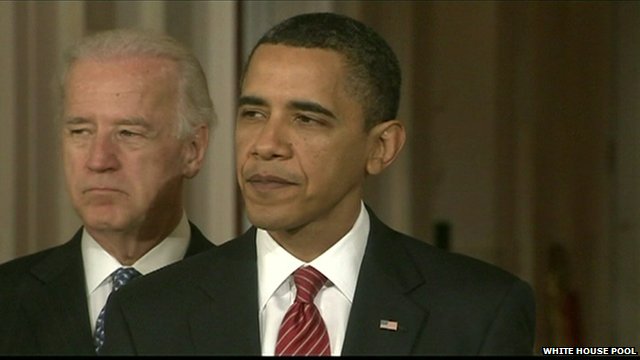 What is “Obamacare”, and why are Republicans against it?

The Department of Health and Human Services, which runs the exchanges, said in a blog post it had already begun to make improvements.

But the administration has offered few details on who was being brought in from outside the government and the specific causes of the ongoing glitches.

Passed in 2010, the Affordable Care Act, commonly known as Obamacare, has rolled out in multiple steps, including coverage requirements on insurance companies and future tax penalties for those who remain uninsured.

Republicans have repeatedly attempted to repeal or remove funding from the law, most recently during a 16-day government shutdown which ended with no major concessions from Mr Obama.

Health Secretary Kathleen Sebelius has also been criticised by Republican lawmakers for declining an invitation to testify about the snags on 24 October.

Although the law remains divisive, a recent Gallup poll suggests only 29% of the public favours a complete repeal.

Kurds regain Kobani hill from IS

India with Bangladesh in fight against terrorism

Bangladeshi shot dead in US city