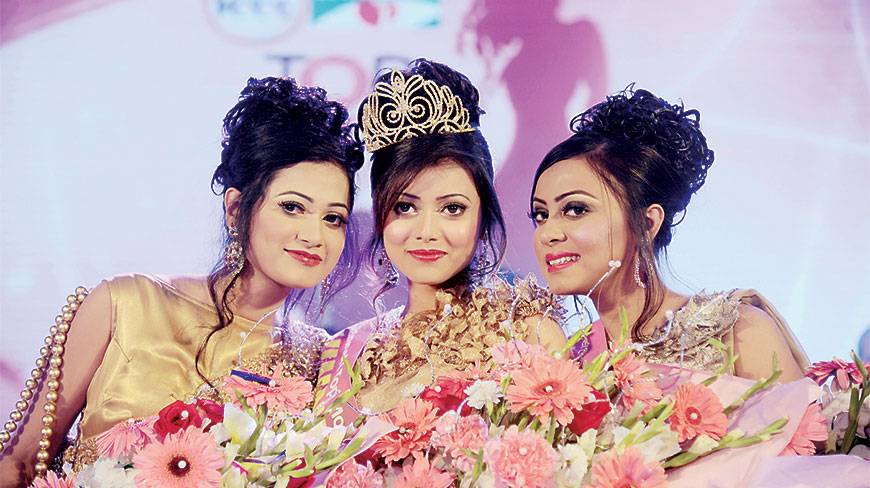 Sumaiya Anzum Mithila has won the title of “Veet Channel i Top Model” at the grand finale of the competition at Bangabandhu International Conference Centre in the capital.

Mithila from Gazipur beat 20 contestants to win the title and prize money of Tk 5 lakh.

She will get a chance to work in a film under the banner of Impress Telefilm Ltd and will endorse for Veet products.

The gala was a grand arrangement with the performances by top fifteen contestants.

Model Nobel, choreographer Tania Ahmed and beauty specialist Kaniz Almas Khan were among the judges of contest to find out the top models of the country.

In the third season of the contest, the reality show featured grooming sessions and challenging tasks.

Hasin Rawsan Jahan has won the crown of  “Veet-Channel i Top Model 2011” and Nowsheen Sharmila become the champion of  “Veet channel I Top Model 2012.”

The programme anchored by Sijil Mirza and jointly directed by Taher Shipon and Rumana Rashid.

India, Bangladesh to produce mega film on 1971 War of Liberation

Tragedy of Jallianwalabagh staged at BSA