Microcredit is no panacea for lifting millions of people from poverty, leading economists said on Friday in releasing research from seven countries that challenges a key development tool. 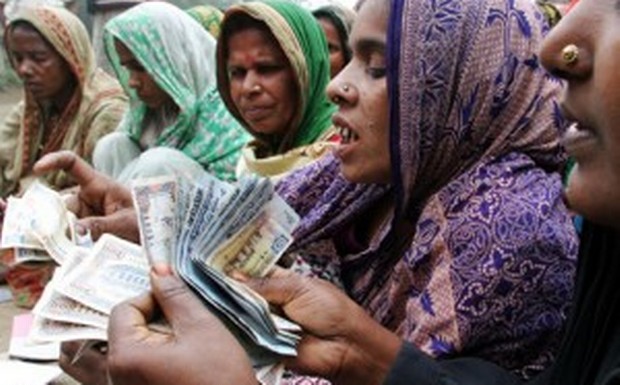 For over 15 years, extending microloans to very poor people has been hailed as a path out of poverty, especially for women.

Microcredit, pioneered by Muhammad Yunus, founder of Grameen Bank in Bangladesh and winner of the 2006 Nobel peace prize, has been promoted by development agencies as a route to self improvement for very poor families considered too risky by traditional banks.

Microfinanciers make tiny loans to small-scale entrepreneurs, who usually belong to a borrowers’ club that guarantees repayment. The idea is a family will invest in its business, generate more income and break out of aid dependency.

The industry, which has expanded dramatically since 1997, had reached 137.5 million families by 2010, according to Microcredit Summit Campaign, a non-profit which brings together microfinance practitioners.

But economic studies spanning four continents and seven countries conducted between 2003 and 2012 found that microcredit fell well short of its promise, and there was no clear evidence it reduces poverty.

Business profits, household living standards, women’s empowerment and poverty levels were little changed for entrepreneurs who took out loans. Demand for loans was weaker than bankers expected and there was no sign of more money spent on child welfare, economists Abhijit Banerjee from Massachusetts Institute of Technology, Dean Karlan of Yale University and Jonathan Zinman of Dartmouth College, said in an overview.

The findings should prompt a rethink by donors on how they tackle poverty, they said.

“Microcredit has some important benefits, but for donors there are better options than the standard microloans. Let investors do the basic lending and use donor money to innovate,” Karlan added.

He and five other economists will present their research on Friday at a conference in Washington on the future of financial services for the poor.

Justin Loiseau, researcher at Innovations for Poverty Action, said this suggested that microcredit was most effective in improving people’s freedom of choice in how they earn and spend their money.

The researchers said they found little evidence that microlending was predatory and captured the poor in a debt trap — charges levelled by the industry’s harshest critics.

One study examined lending in Hyderabad by Spandana, one of India’s fastest growing microfinance institutions, by comparing communities that had access to microloans with those that did not. After three years it found that most small businesses that borrowed saw no difference in profits.

US buyers asked to work on factory safety