The director of the Bureau of Manpower, Employment and Training (BMET) on Sunday said the Malaysian government would recruit workers from Bangladesh in batches starting from the second week of June.

The decision came after Bangladesh’s labour wing in Malaysia held a meeting on May 23 with Malaysian government officials. The director said the sending of workers had been delayed because of the recent general elections in Malaysia.

A four-member delegation led by the BMET director general Begum Shamsun Nahar will leave Dhaka today to hold a joint technical committee meeting scheduled for May 28 in Malaysia.

“We will discuss technical matters and how to expedite migration process to Malaysia,” BMET DG said on Friday. She said Malaysia intends to recruit 30,000 Bangladeshi workers in its plantation sector under arrangements between the governments of the two countries.

According to BMET officials, only 180 workers have gone to Malaysia to work in the plantation sector. However, the government has finally selected a pool of 10,000 workers, randomly selecting them from a database that was created through an online registration procedure held across the country.

Another the BMET director said Malaysia-bound workers, who have completed their training, are becoming frustrated due to the long wait and they make phone calls to BMET officials to inquiring if their visas have been issued.

On the issue, BMET officials said they have already forwarded the information of 6,500 workers to Malaysia.

The government signed an MoU with Malaysia on November 26 last year, agreeing to send workers at a low migration cost. A worker now needs Tk33,000 to go to Malaysia when in the past, private recruiting agencies charged over Tk200,000 for the same service. 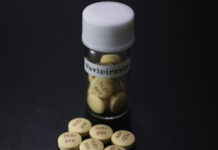 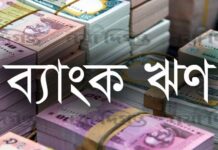 MoU with China for underwater tunnel

Tk200 banknotes to arrive on March 18