Organisations defrauding them in the name of helping get compensation 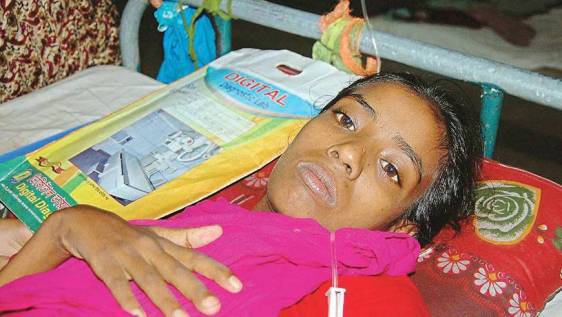 They luckily survived the building collapse but they have now fallen victims to fraudulent labour organisations and individuals who are allegedly pulling in big buck in the name of helping the victims of the Rana Plaza get compensation.

These organisations and people are also cheating the victims in the name of free medical treatment, complained several victims.

Neru Sarder, who worked on the 4th floor of the Rana Plaza, told the Dhaka Tribune: “Some workers’ organisations called us and told us to visit their offices. They said we would get compensation if we joined their processions and rally from time to time.”

“A few days back a leader of the National Garments workers Federation called me to join a press conference at the National Press Club in Dhaka. I went there with a hope to get some financial help. I delivered a speech at the conference in front of many journalists and political leaders. I saw many people give that organisation money and other assistance. But I got nothing. They helped one or two victims in front of the camera.” he alleged.

Misty Akhter, who used to work on the 8th floor of Rana Plaza, said people of those organisations came to them and took their names, photos, and identity card numbers and then demanded money for including their names on the list to make them eligible for compensation.

“Labour leader Sathi Akhter and Kamrul of Shadhin Bangla Garment workers Employees Federation (SBGWEF) came to me and demanded Tk150 for including my name on the compensation list. I along with other survivors gave them the money expecting to get some assistance. But we have got nothing so far.”

When contacted Sathi Akhter introduced herself as the President of the SBGWEF’s Savar and Ashulia units.

She confessed to taking money from the Rana Plaza victims but said: “I have taken money as membership fee to include them in our organisations. It is membership fee.”

When contacted SBGWEF’s President Shamima Nasrin said: “Our organisation has no rule to charge membership fees.”

However, everyone denied the allegation as the Dhaka Tribune contacted them. But all of them said they were taking money in exchange for giving them membership of their organisations.

But their statements are contrary to that of the Rana Plaza victims who said they joined the organisations only after they were assured of getting compensation or medical help. They are not aware of any political purpose of those organisations.

Taslima Akhter, Coordinator of the Bangladesh Garments Workers Solidarity, said such kind of cheating is really painful. “I am also working with an organisation. When I organise any procession or rally the victims who knows me well just join the programmes on their own.”

Abdul Karim who claimed himself to be a freedom fighter took Tk620 from many Rana Plaza victims assuring them to help get compensation. He also asked for Tk4000- 5000 for a piece of land.

Mukta Begum who used to work on the 8th floor said: “Karim ‘Muktijoddha’ called me several times for the money. He has taken money from the families of my missing colleagues Hasna and Nazma. As I had no money I did not respond.”

When contacted, Karim refused to talk to any media.

This reporter found many medical care points in Savar and Ashulia that came into being after the collapse of the Rana Plaza building. Interestingly these medical centres have no trained doctors. They just provide patients with paracetamol and gastric tablet in exchange for Tk150.

Mukta said: “A phone call came to me and instructed me to go to Hazi Mijan Market in Ashulia area for free medical treatment as I am suffering from backbone pain after the building collapse. But I found no doctor there. They charged me Tk150 and I took those paracetamol and gastric tablets. As I had no more money except my transportation cost I returned home.”

“I really feel flabbergasted. How come that people do business with us. We are now paralysed and may not work in the future,” she added.

Savar Upazilla Nirbahi Officer Kamrul Hasan Mollah told the Dhaka Tribune: “It’s a complete violation of law.” He requested all to go to the Savar Police Station, if cheated, saying: “The OC [officer-in-charge] would take action against those cheats.”

An impressive initiative; School for underprivileged children in Patuakhali