Khin Zaw Win is the director of Tampadipa Institute in Yangon, Myanmar and human rights activists. He works on policy advocacy on communal issues, land and nationalism. He served in government health services of Myanmar and Sabah, Malaysia. He was imprisoned from July 1994 to July 2005 by the military regime for peacefully criticising Myanmar junta. Amnesty International considered him a ‘prisoner of conscience’. On 22 November, 2019 Khin talked to Prothom Alo over much-about Rohingya repatriation to Myanmar, genocide, justice and Rohingya children’s education.

Prothom Alo: Do you think Myanmar is sincere about Rohingya repatriation?
Khin Zaw Win: At this moment, Myanmar’s stand on Rohingya repatriation is not very encouraging. The Myanmar government said they would accept Rohingyas’ repatriation only after verifying their birth. Then Myanmar will issue national verification cards for them. After that, the Rohingyas (living in Bangladesh camps) will have to wait for six months more. That is the Myanmar government’s position. But the Rohingyas are saying that they don’t want to return on previous status of citizenship. They want full citizenship and rights including freedom of movements, education, human rights and everything.

Prothom Alo: How does this persecution of the ethnic minorities including the Kachin, Shan and Rohingya benefit Myanmar?

Khin Zaw Win: It is not going to benefit and help Myanmar at all. It’s been happening for 70 years since we got independence. The central policy on Myanmar’s majority and the minority is different. Since independence, the minorities have been demanding autonomy. So, it led to a long bloody war. It’s not only about Rohingyas. It needs discussions among the majority and minority groups. You have to resolve the issue first. The denial and reluctance of central governments to discuss the boarder issue also affects the Rohingyas. Myanmar doesn’t even recognise Rohingya as indigenous rather they think Rohingyas are ‘illegal immigrants’. But Rohingyas have been living there for generations. The Rohingyas have never considered themselves as Bangladeshis. It’s not a Bangladesh’s problem.

Prothom Alo: Rohingya youths have said they couldn’t enrol at universities particularly after the 2016 crackdown. Getting job is even more difficult there. This wasn’t the situation once as Rohingya leaders even served Myanmar parliament. What brought this situation?

Khin Zaw Win: It started after Myanmar’s first so called democratic election in 2010. The perception in Myanmar is that all the Rohingyas are Muslims. And you know Rohingya is not a religious thing. It is the dialect of Raham that separates that population. In 2012, the trouble started from Rakhine Muslims and it spread to other Muslim communities of the country. You know, being a Muslim is now a very risky business.

Prothom Alo: Will the Rohingya people find justice in the end?
Khin Zaw Win: We have to try very hard. First, we have to do the repatriation. This is a must. The second thing is giving the Rohingyas citizenship and full rights. Third, give the economic and other civic rights to the Rohingyas. Here China might say they will make sure the development. But in our case, Rohingyas want the citizenship and civil rights first and the economic and other rights will come later. What China is proposing is providing money, jobs and development. But it is not that easy as money will not solve all the problems.

Prothom Alo: Gambia filed a case at the International Court of Justice against Myanmar. Aung San Suu Kyi said she would defend the case. What does this say about her personal integrity as someone who once became a voice of the oppressed and leader of democracy?

Khin Zaw Win: It’s so ridiculous. Gambia filed the case at ICJ against Myanmar. And it’s the court’s responsibility to summon the defended, witnesses and experts. And when anyone from Myanmar says, ‘I’m going to defend’, you cannot do that. In fact you are overwriting the court’s jurisdiction. You can say, ‘I’m going to talk’. You can talk outside the court. The court has its own power and privileges. That’s what she (Suu Kyi) has forgotten. She wants to make a splash. She can have a lot of credibility by doing that. Myanmar is going to hold national election next year, majority Myanmar people would think, OK, Suu Kyi is standing by our side.

Prothom Alo: Bangladesh is hosting 1.2 million Rohingya refugees with social and economic challenges. There is a fear of humanitarian aid declining. More than half a million Rohingya children is under 18. How do you see the future of Bangladesh and these children?

Khin Zaw Win: Both are bad. Bangladesh is a very broadminded and patient country, hosting such a big population. Let’s talk the other side. If half a million Bangladeshis come to Myanmar, what will the Myanmar government do? They will not accept it. The Rohingya refugees are in a limbo. How long are they going to be living hand to mouth? Rohingya people are voiceless. We need representation. We need state to state, civil society’s negotiation and also international community’s engagements. Myanmar does not trust INGOs and even UN anymore. It’s not safe there. If the Rohingyas go back to their home they will find no aid as no multinational organisation allowed to work there. You have to ensure Rohingya children’s education from primary to tertiary level and also their job security in Myanmar. You know the whole package of it. That’s what the Rohingyas want. It would be a very big pressure and responsibility for Bangladesh to take up Rohingya children’s education.

There has to be especially more regular contacts among Myanmar youths and Rohingya youths. That kind of interaction and exchange should be there. We have to find a way out. Sometimes, civil society can do the things that the government cannot. The civil society of Myanmar know how to move fast. 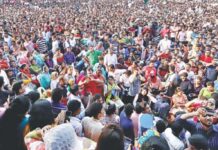 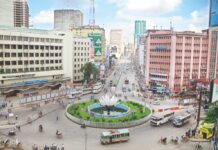 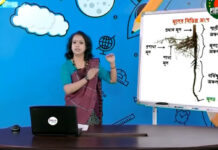 New power plants, needed or not