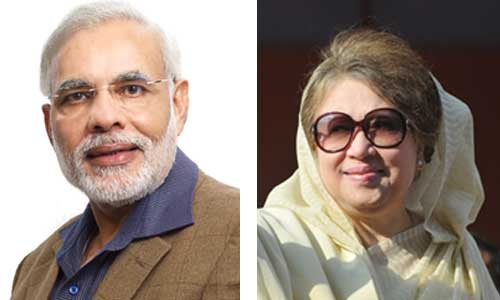 Indian foreign secretary S Jaishankar confirmed it while briefing media in New Delhi on Friday on Modi’s visit, reports United News of Bangladesh.
The Indian announcement comes just hours after Bangladesh foreign minister ruled out ‘any scope’ for the Indian prime minister to Khaleda Zia during his 36-hour tour. The meeting would be held on Sunday.
‘He will then receive a number of important Bangladeshi leaders, political and commercial, this would include leader of opposition Rushan Ershad, former prime minister of Bangladesh Khaleda Zia and presidents of leading chambers and leaders of left parties,’ he said.
Earlier, foreign minister AH Mahmood Ali did not make it clear whether there will be any meeting with Khaleda. Asked whether there would be any meeting with Khaleda, he said, ‘I don’t think there is any scope.’

Khaleda calls for unity against extremism