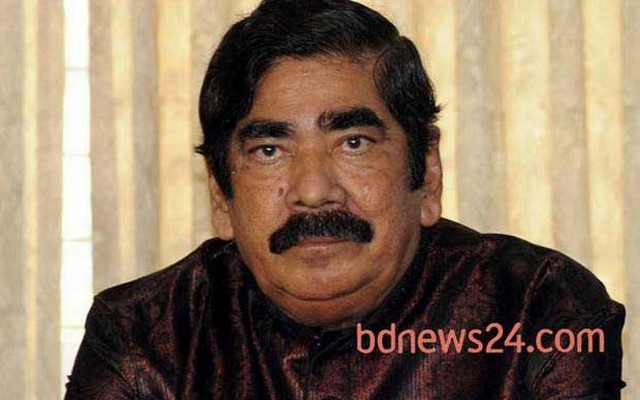 Jatiya Party faction leader Kazi Zafar Ahmed, who had been a prime minister during HM Ershad’s regime, has died at 76.

His personal assistant Golam Mostafa said that he had been taken to the capital’s United Hospital on Thursday morning following cardiac problems.

“The doctors pronounced him dead around 7:30am,” he told bdnews24.com.

Apart from cardiac and kidney-related problems, the veteran political leader was suffering from diabetes as well.

His Assistant Personal Secretary Kamruzzaman Rony told bdnews24.com that his body has been kept at the hospital’s morgue. His wife Mamtaz Begum and party activists are there.

He left behind three daughters, Kazi Jaya Ahmed, Kazi Sonia Ahmed and Kazi Runa Ahmed.
Sonia and Runa live abroad.  Sonia has already returned to Bangladesh while Runa is on the way.

The secretary general of Zafar’s faction of JP, Mostofa Jamal Haider said his first Namaj-e-Janaza will be held at 8am on Friday at Tongi Mill Gate, the second one at noon in the National Parliament’s South Plaza and the third one after Jumma prayers in the Baitul Mokarram National Mosque.

He will be buried beside his parents at his village residence in Comilla’s Chauddagram.

Kazi Zafar, a Jatiya Party (JP) leader for over three decades and a former prime minister in Ershad’s government from 1989 to 1990, had been expelled by Chairman HM Ershad in November 2013.

He then formed a party of the same name, with a break-away faction, and joined the BNP-led alliance in January 2014.

Born in 1939, Zafar entered politics as a student of Dhaka University.

Kazi Zafar entered public life during the pre-independence turmoil in the erstwhile East Pakistan in the 1960s as a Maoist leader, attracting a large following and was general secretary of the East Pakistan Chhatra Union in 1962-63.

He joined Maoist Communist Party in 1966 and later got involved in workers politics in the Tongi region. He went on to become a popular workers’ leader.

He then worked with the BNP’s General Ziaur Rahman and they formed a party named People’s Democratic Party (PDP).

However, Gen Zia formed a united front and dissolved Kazi Zafar’s party. He remained with Zia for sometime as the education minister.

Ershad later formed the Jatiya Party, and Kazi Zafar joined him in mid 1980s, remaining in it until his expulsion in November 2013.