At least 32 people have been killed in landslides that struck Japan’s Hiroshima prefecture, officials say.

The landslides happened in a residential area near a mountain in the Hiroshima city outskirts.

They were triggered after the equivalent of a month’s rain fell in the 24 hours up to Wednesday morning, Japan’s weather agency said.

Images from the scene showed houses buried in mud and rocks, as rescue teams worked their way towards homes.

Another local government official said some people were swept away and it was “hard to know exactly how many are unaccounted for”, AP reported.

The BBC’s Rupert Wingfield-Hayes says that several of those killed were children.

One of the youngest victims was a two-year-old boy, Kyodo news agency reported.

Among the dead was a 53-year old rescue worker who died when the hillside collapsed again, said authorities. He had pulled five people to safety during the operation. 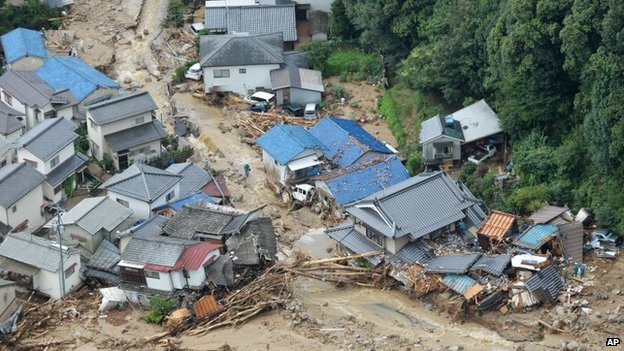 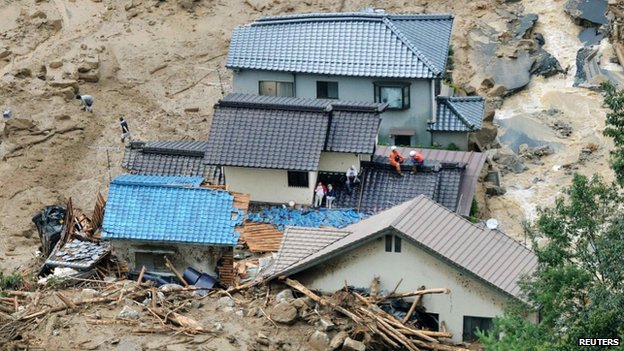 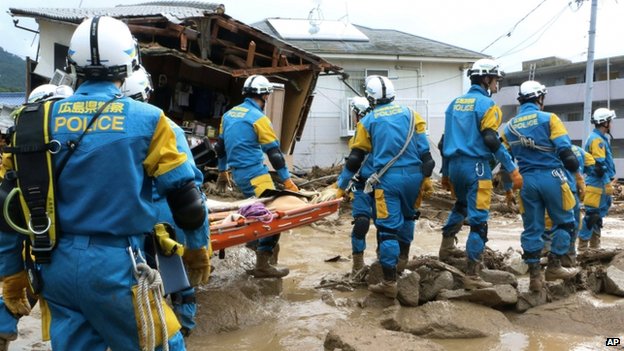 One survivor told AP: “I woke up in the middle of the night and the corridor to the living room of my house was already flooded.”

“I heard the sound of water coming in, and then the water from the river rushed into my house, so I just took the car and rushed out.”

A university professor in Hiroshima, JJ Walsh, told the BBC that everyone was surprised by the scale of the storm.

“Most people here are used to heavy rain. We have a rainy season. But I think everybody was pretty caught off guard by how much rain it was,” she said.

Prime Minister Shinzo Abe said he had asked local officials to “raise the number of [military] personnel to several hundred in order to strengthen rescue operations”.

Much of central and southern Japan is mountainous, with many homes nestled into steep slopes.