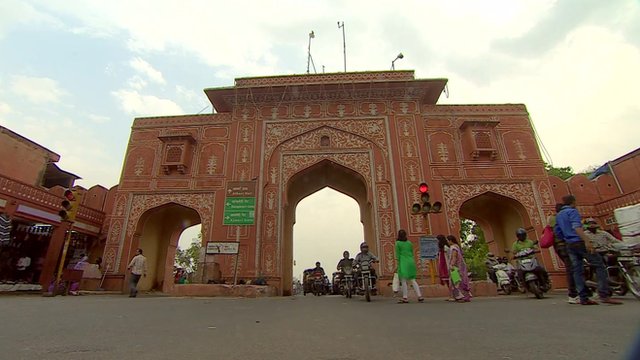 Sanjoy Majumder reports from the key state of Rajasthan

Indians are voting in the biggest day of the general election pitting the ruling Congress party against the main opposition BJP.

Nearly 200 million voters are eligible to cast their ballots in 121 seats in 12 states, including Karnataka, Rajasthan, Uttar Pradesh and Bihar.

The nine-phase vote began on 7 April and will conclude on 12 May. Votes will be counted on 16 May.

More than 814 million Indians are eligible to vote in the polls.

Polling has been already completed in 111 seats, and voter turnout in most states has been higher than in 2009.

Thursday is one of the most critical days of voting spread across 12 states, from Indian-administered Kashmir in the north, to the information-technology hub of Bangalore in the south, Rajasthan in the west and the tea-growing Himalayan town of Darjeeling in the east, says the BBC’s Sanjoy Majumder.

“I want a clean government. One that is corruption free and that can take decisions in the interest of our country,” a young woman voter in Rajasthan’s Jaipur city told our correspondent.

A young man said he was voting for BJP as its prime ministerial candidate Narendra Modi “represented change”.

A Muslim voter, however, said people should vote for a “leader who will represent all communities, one who will take everyone along”.

With over 40 million voters eligible to cast their ballots in all of its 28 seats on Thursday, the southern state of Karnataka is a key battleground.

Bangalore South is one of the keenly contested seats in the state with Congress party’s Nandan Nilekani, BJP’s Ananth Kumar and the Aam Aadmi Party’s (AAP) Nina Nayak as candidates.

Mr Nilekani is the billionaire co-founder and former CEO of Infosys, one of India’s largest IT services firms, while Mr Kumar is a former federal minister.

“I think my vote will make a change. I want my country to be a superpower. We have good candidates with a clean image who I am sure will give good governance,” Anita, a first time voter, told BBC Hindi’s Imran Qureshi.

The anti-corruption Aam Aadmi (Common Man’s) Party, which secured a spectacular result in local polls in Delhi last year, offers a challenge to the main parties.

Several smaller regional parties are also in the fray and if no single party wins a clear majority, they could play a crucial role in the formation of a government.

Thousands of police and paramilitary security personnel have been deployed across the country to ensure smooth polling. 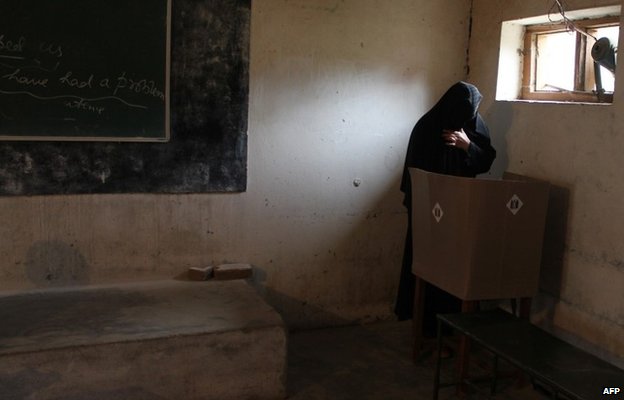 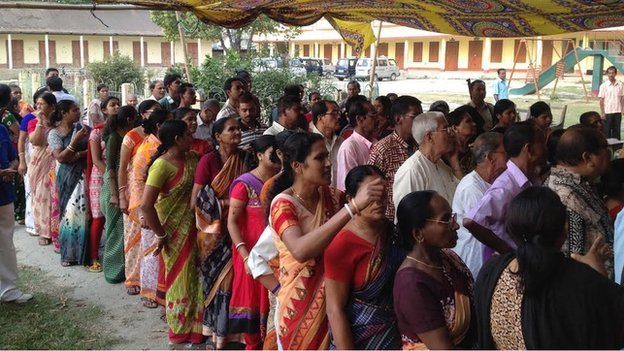 Thursday is one of the most critical days of voting spread across 12 states.

The marathon vote is being staggered over five weeks for security and logistical reasons.

The main contest in the elections is between the Congress, led by Rahul Gandhi, and the BJP, led by the charismatic and controversial Hindu nationalist leader Narendra Modi.

Mr Modi, who is ahead in all the pre-election opinion polls, is the leader of Gujarat state, which witnessed one of India’s worst anti-Muslim riots in 2002.

The BJP has promised to improve the economy and infrastructure and curb corruption if it wins in the general elections.

The Congress party has promised “inclusive growth” if it returns to power, with a raft of welfare schemes, including a right to healthcare for all and pensions for the elderly and disabled.

Any party or a coalition needs a minimum of 272 MPs to form a government. 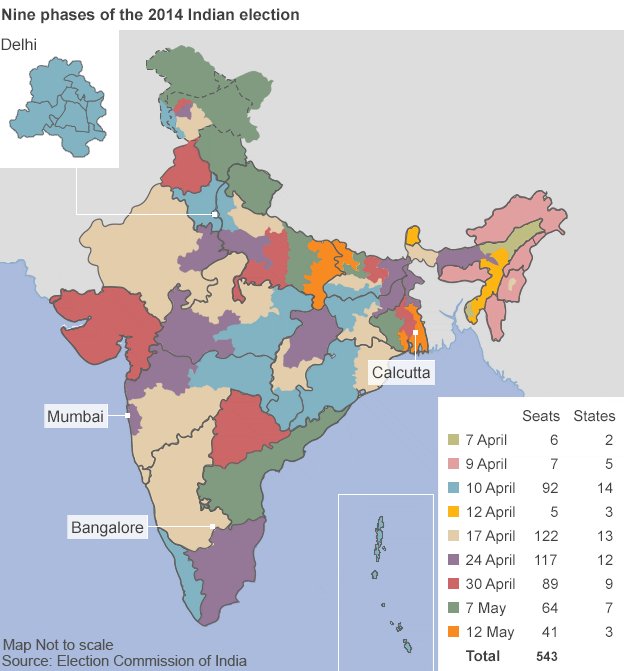 Modi better salesman than me: Manmohan