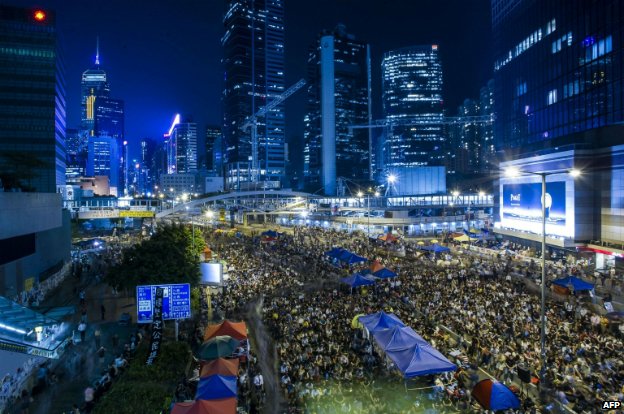 Thousands of people have begun gathering in Hong Kong’s financial district after protest leaders called for a show of strength.

It comes after the territory’s deputy leader called off talks with student leaders scheduled for Friday.

Carrie Lam said the students’ refusal to end their protest had made “constructive dialogue” impossible.

Throughout the week only a few hundred protesters, mostly students, remained on the streets around the financial and government district of Admiralty and in Mong Kok north of the harbour.

But after the talks were cancelled, leaders of the student movement called on supporters to return to the streets.

“Come to occupy the road outside the public headquarters, come bring your tents to show our persistence on long term occupy action,” said Joshua Wong, the 17-year-old founder of the Scholarism movement.

The BBC’s Juliana Liu in Hong Kong says the activists are hoping a new show of strength will be enough to sustain the movement.

By Friday evening thousands of people were flocking to the main protest site in the Admiralty area, she said.

Many were carrying tents and food supplies indicating they planned to remain for some time, Reuters reports.

“We are now planning on further action for escalating [the campaign] if the government keeps denying the meeting,” said Alex Chow, secretary general of the Hong Kong Federation of Students (HKFS). 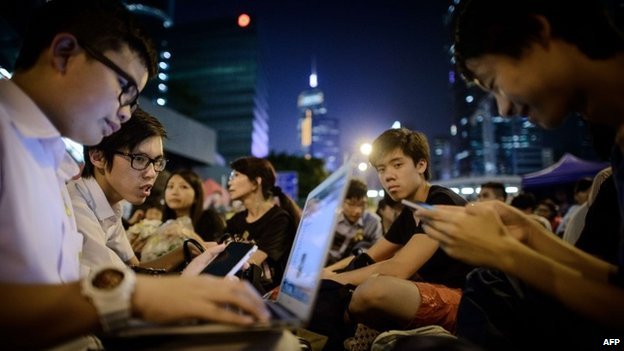 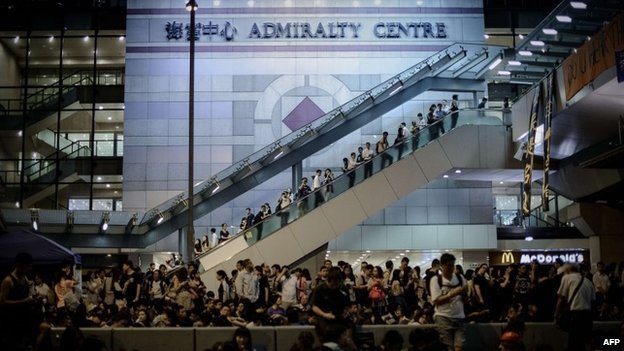 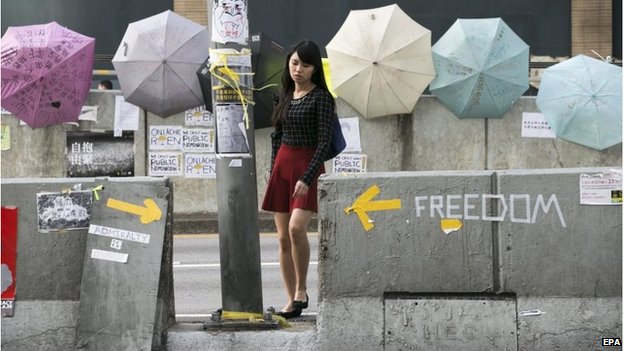 The protesters want to be able to directly elect Hong Kong’s leader, the chief executive, in the 2017 election.

China has said that, under Hong Kong law, voters will be able to vote freely but from a list approved by a nominating committee.

Ms Lam has accused the students of “undermining trust” in the proposed talks by repeatedly calling people out to protest.

“The dialogue cannot be deployed as an excuse to incite more people to join the protest,” she said. “The illegal occupation activists must stop.”

Mr Ma said that as China became more prosperous, its people would want more democracy and the rule of law.

“Such a desire has never been a monopoly of the West, but it is the right of all humankind,” he said.

Taiwan – which Beijing views as a breakaway province but which has been governed separately since 1949 – has been watching developments in Hong Kong closely.