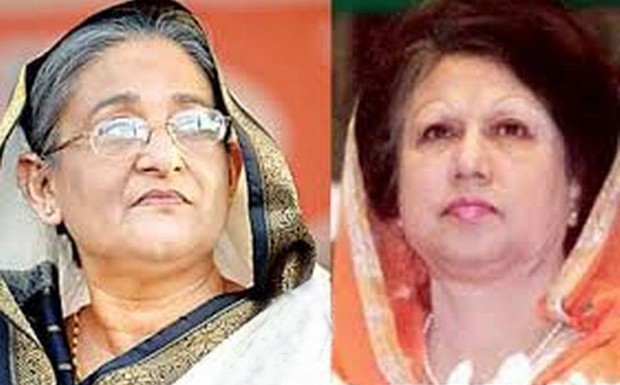 The Awami League government is secretly chalking down a plan to hold an early or mid-term election despite the ruling party leaders’ avowed position ruling out such a possibility.
Various sources in the government said, the plan is likely to be put in motion during late 2016 or early 2017.
In fact, the government is facing local and international criticism over the controversial 5 January polls, the sources admitted. The govt is in a morally weak spot especially for winning 153 parliamentary seats uncontested.
A mid-term election is being considered as a redeeming factor by the government.
An influential agency has been handed over the responsibility of ensuring the participation of a faction of the BNP and some other political parties in the planned snap polls, the sources added.
A source said, as per the government’s calculation, late 2016 is the best time for midterm election. The Awami League govenrment is counting on the trials of BNP chief Khaleda Zia and senior vice chairman Tarique Rahman, and expecting that they will be found guilty at least in two charges – deeming them unqualified to contest the polls.
The high-ups of the BNP are unlikely to be willing to participate in the polls without the head honchos of the party, but a faction of the BNP will still want to contest the polls. The government is targeting that segment as their contestant in such midterm polls.
Sources in the BNP said they, too, are suspecting the possibility of a midterm election, and the chaos it can unleash upon the party. Leaks of the phone conversations of BNP leaders, attempts to break up the party, and acceleration in the pace of trials of Khaleda Zia and other BNP leaders – all these are the signs of the government’s designs, the sources said.
Top level BNP leaders and pro-BNP political thinkers have reflected the same concerns in a recent assessment report. The report has been already distributed among the top BNP leaders.
BNP vice president Abdullah Al Noman admitted that the BNP is suspecting the possibility of an early election. “It seems the government is about to take some time, but they will be bound to go for an early election, we believe,” he said.
However, road transport and bridges minister Obaidul Quader said, “The government has no plan for any early or midterm election. There has been no talk regarding this matter in any of the party forums.”
According to the BNP’s assessment report, the govenrment will try to divide the BNP in four factions before arranging a midterm election. The first part will consist of those leaders who are unqualified to contest the polls due to legal troubles. They will try to resist early election. The second section will be the counterpart of the first section, willing to take part in the election. The third part will be a small faction that will try to exclude Jamaat from the alliance. The fourth part will be another faction, made of the so-called reformist leaders, who are kept away from mainstream politics. AQM Badruddoza Chowdhury and Nazmul Huda might join this faction, the report said.
Jatiya Party secretary general Ziauddin Ahmed told this reporter that the chance of an early election before breaking up the BNP is slim.”
The BNP is trying to make peace with the reformist and rebel leaders so that the government can not use them against the advantage of the party. Some leaders have already contacted Khaleda Zia via letters and asked forgiveness for their past conducts, said a BNP leader.
However, the reformist leaders have sustained resistance from the local leaders of their respective communities, hence the process of bringing them back to the party hardly materialised, he added.
Another BNP source said, the government plans to assimilate Jamaat and other parties of the 20 party alliance in the early election after most of the top BNP leaders become unqualified to compete due to the charges against them. An influencial agency already had a talk with the small parties of the alliance regarding this matter.
Founder-secretary of Shujan (Citizens for Good Governance) Badiul Alam Majumdar said, “Taking sly measures, oppressing and breaking up the opposing party can never bring any sustainable solution to the persistent problems of our country. The parties have to sit for a dialogue to reach common grounds. A fair election with the participation of all the parties and a peaceful way of handing over power should be ensured.”