President Abdul Hamid administers oath to newly elected Speaker of the Jatiya Sangsad Shirin Sharmin Chaudhury at the parliament in the capital on Tuesday.

President Abdul Hamid administered to the oath to Sharmin, who was the state minister for women and children affairs until her election as the speaker of the parliament.

The ceremony took place at the oath taking room at the Jatiya Sangsad Bhaban at 9:00pm hours after her election as the Speaker.

In her instant reaction to the press, the new Speaker said, “I call upon the opposition lawmakers to join parliament and make it effective.”

She said her election as the Speaker is a victory for all women of the country.

It will be considered as milestone for the women empowerment of Bangladesh, Shirin added.

Lawmakers in voice votes unanimously elected Shirin hours before the prorogation of the parliament session.

Textiles and Jute Minister Abdul Latif Siddiqui proposed her name in the House which was supported by Whip of the Jatiya Sangsad Segufta Yasmin Emily.

Earlier on Monday, Awami League Parliamentary Party at a meeting nominated Shirin unanimously for the post.

Born in 1966, Dr Shirin is the youngest Speaker of Bangladesh. And, she is the first Speaker from lawmaker elected from reserved seat for women.

The Speaker’s office in parliament fell vacant after speaker Abdul Hamid was sworn in as president on April 24. 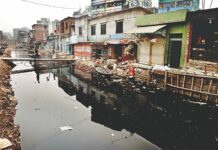 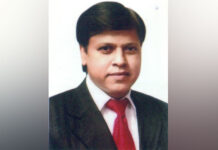