The ‘culture of impunity’ is encouraging the growing cases of abuse and murder of children in Bangladesh, says rights activist Sultana Kamal who has called for a social fight against such crimes.

She also appealed to people to come out of the ‘culture of silence’, which appears to have become the norm even after watching these crimes.

Kamal made the calls at a press conference organised by the ‘Child Rights Advocacy Coalition in Bangladesh’ at the National Press Club on Wednesday.

“Why can’t we think that the individuals have an obligation to prevent such crimes… we’ll have to change this culture of silence. Social resistance is a force; we must evoke a desire to resist,” the Ain O Salish Kendra executive director said.

“We are saying many things but are not working from our positions.

“Why do five people remain silent when three beat a child?” Kamal asked, with a tinge on anger.

She said the murders of Samiul Alam Rajan in Sylhet and Rakib Hawladar in Khulna were not ‘isolated’ incidents.

“These incidents are happening inevitably .They are reminding us time and again of the condition of social decadence,” she added.

Those involved with such cruelty were not being held to account, the former adviser to a caretaker government observed.

She alleged police were indifferent during Rajan’s murder.

“How could a person flee the country after committing such a crime? What was the arrangement, role of the state?” she asked.

Save the Children Country Director Michael McGrath urged the government to protect the child rights mentioned in the Constitution.

In July, 37 children had been murdered and 50 raped, according to Mahmood.

“This scenario is extremely disturbing. It will deteriorate if the government doesn’t take step to prevent them,” he said.

He alleged the government acted only when such incidents were reported in the media. 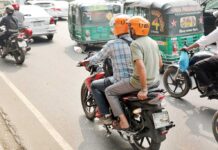 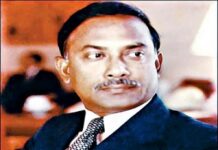 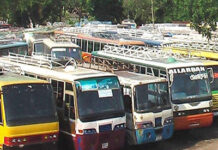