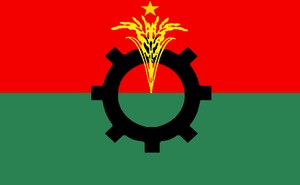 BNP Secretary General Mirza Fakhrul Islam Alamgir has alleged that the seven-year imprisonment against Tarique Rahman is a government plan to destroy the party by using all state organisations.

He blamed the governing party to use the Anti-corruption Commission (ACC) deliberately to make its masterplan a success.

“The unelected government is with a masterplan to isolate BNP Chairperson Begum Khaleda Zia and Senior Vice-Chairman Tarique Rahman from politics and as part of which it managed all state institutions.,” Fakhrul said.

BNP on Thursday issued a media release to give a formal reaction on the High Court’s sentence of seven years in jail and a Tk20 crore fine to Tarique for being involved in money laundering.

The BNP spokesman also said: “The ACC moved with the appeal to ensure political advantage for the government when the court had acquitted him from the money laundering charge.

All of them were nabbed in front of BNP headquarters in Dhaka’s Nayapaltan area around 10:40am yesterday, witnesses told the Dhaka Tribune.

Police had been on guard in the area since early morning yesterday, ahead of the verdict delivery in BNP Vice-Chairman Tarique Rahman’s money laundering case.

Paltan police SI Moshiur confirmed the detainment of the 11 BNP leaders to the Dhaka Tribune, but did not provide any other details.