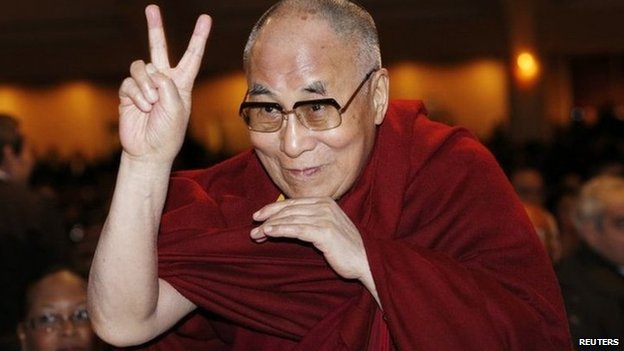 President Barack Obama has called the Dalai Lama a “good friend” and an inspiration for freedom and dignity of all human beings.

Mr Obama was speaking at a prayer event in Washington with Tibet’s exiled spiritual leader among the audience.

It was the first time the president and the Tibetan Buddhist leader attended the same public event.

China objects to foreign leaders meeting the Dalai Lama because they see him as a separatist.

Mr Obama’s previous meetings with the Dalai Lama have been private but media have been invited to take photos.

At the White House National Prayer Breakfast, Mr Obama was seated at the head table with the Dalai Lama.

Before his remarks, Mr Obama pressed his hands together and bowed his head toward the Tibetan leader, giving him a wave and a smile. 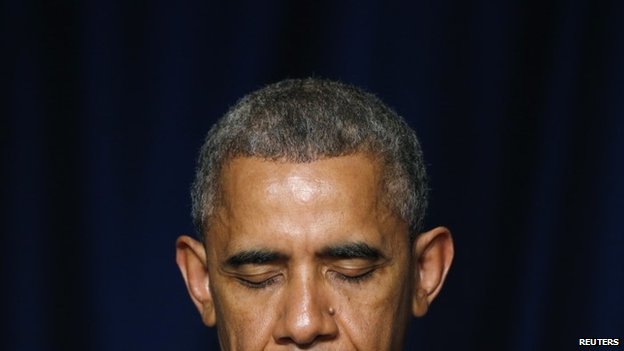 President Obama bows his head in prayer during his remarks

The US president condemned those who use religion as a rationale for carrying out violence.

“We are summoned to push back against those who would distort our religion for their nihilistic ends,” Mr Obama said, specifically mentioning the Islamic State group.

Mr Obama said this tendency was “not unique to one group or one religion” citing the examples of the Crusades, the Inquisition as well as slavery and segregation that were justified under Christianity.

The US president called for people of all faiths to show humility about their beliefs and reject the idea that “God speaks only to us and doesn’t speak to others.”

Jordan’s King Abdullah II was scheduled to attend the breakfast but cancelled plans to return to his country after Islamic State militants released a video showing a captured Jordanian pilot being burned to death.