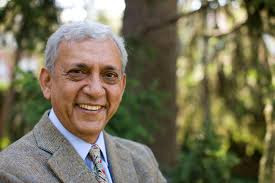 This is going to make interesting and engrossing television.

The suave Gowher Rizvi, the Bangladesh Prime Minister’s international affairs advisor, taking on the fierce interviewing style of Al Jazeera’s Mehdi Hasan.
The programme is being aired tomorrow on Friday, 1 March and for those interested in Bangladesh is “must watch” television. I was in the audience at the live broadcast, and Rizvi at what point looked like a boxer on the ropes. Though there probably is no one more capable than Rizvi of defending the Bangladesh government’s human rights and governance record, the record of the Government on these issues is so parlous that even his skills are insufficient.
Below is the press release that Al Jazeera’s Head to Head programme has distributed to promote the episode which states that the programme will be on online here

 On Sheikh Hasina’s recent landslide election victory, Dr Rizvi asserts that Bangladesh “is not a one-party state” and that “free and fair elections” took place.
 Regarding the arrest of renowned photojournalist, Shahidul Alam, Dr Rizvi said he was “arrested for spreading disinformation which was inciting violence” but admits that he “cannot deny” that he was beaten by the police because he does “not know what happened.”
 Responding to the accusation of government-enforced disappearances, Dr Rizvi maintains that the “government does not need to disappear people” as it has the “authority to arrest people,” adding that the government “will investigate” if it has occurred.
 When asked whether Aung San Suu Kyi should face an international court for her role in the Rohingya refugee crisis, Dr Rizvi asserts that “the entire government or any member of government” who “aided and abetted” the process, should face trial though refused to name Ms Suu Kyi directly.

(London, 28th February 2019) – Sheikh Hasina’s international affairs advisor, Gowher Rizvi, told Al Jazeera English’s Mehdi Hasan that Bangladesh “is not a one-party state” despite its recent landslide victory, where its ruling coalition secured 96% of parliamentary seats.
Prime Minister Sheikh Hasina won her fourth term in office, in an election Dr Rizvi maintained: “there was 39 political parties contested in the election. Free and fair elections took place,” adding “Give me one good reason why the opposition should have been voted into power? They did not have a manifesto, they were ambivalent, whether they were going to an election or not.”
Bangladesh’s opposition rejected the election results, after only securing 7 seats in December’s poll. With regards to the government accusing the opposition of crimes which in some instances they could not have committed as the individuals named were in fact dead, Rizvi admitted that “it is embarrassing” but added that “when such charges are made it is embarrassing, but one knows that in police investigation, in many societies, especially in developing countries, often have these shortcomings.”
Human rights groups have criticised Bangladesh of attempting to suppress the media and silence its critics through controversial laws such as the Information and Communication Technology Act (ICT) and the new Digital Security Act.
An award-winning photojournalist, Shahidul Alam, was arrested in August 2018 following student protests where he gave a number of media interviews including on Al Jazeera English.
Speaking about Mr Alam, Dr Rizvi described him as a “very close friend” but stated that he “was not arrested for appearing on Al Jazeera and making a comment. He was arrested for spreading disinformation which was inciting violence.” Dr Rizvi added that when the journalist was arrested he ensured that he “was given medical treatment”, which prompted the presenter, Mehdi Hasan to ask “why did he need medical treatment?”
Rizvi said “I cannot deny it [that Alam was beaten by police] because I do not know what happened.”
Previously Prime Minister Sheikh Hasina had described Shahidul Alam as “mentally sick”.
Gowher Rizvi disagreed with this and said he has “no idea” why she said this. “I don’t know what she had in her mind,” he said.
There have also been allegations against law enforcement authorities of abducting and detaining hundreds of opposition activists.
When asked about the issue of ‘enforced disappearances’, Dr Rizvi responded: “I fear you are mistaken. Government does not need to disappear people. Government have authority to arrest people if they feel somebody has done something wrong.”
However, he did accept it is “deplorable” if it is taking place and that the government “will investigate”.
Mehdi Hasan also discussed the issue of the Rohingya refugees, who have been fleeing neighbouring Myanmar, with more than 1 million residing in Bangladesh. Asked why Bangladesh wanted to send Rohingyas back to Myanmar, when Dr Rizvi has described the situation as “ethnic cleansing”, he said that they “will only send them when the conditions are safe.”
Presenter Mehdi Hasan referred to “terror and panic” in a refugee camp in November when refugees feared being repatriated against their will.
Dr Rizvi argued that there was “never, ever a question of any forcible repatriation.” Asked if Aung San Suu Kyi should face an international tribunal for “her role in denying and covering it up”, Dr Rizvi said that “whoever is involved should be faced with the International Court of Justice.”
A case would be “against the entire government or any member of government that aided and abetted in this process,” he added. Hasan is joined by a panel of three experts: journalist and author Tasneem Khalil, Bangladesh’s High Commissioner to the UK and Ireland, Saida Muna Tasneem and Abbas Faiz, a human rights lecturer at Essex University. 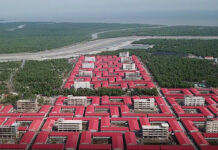 Voting Pattern in Barishal Dist: From well-contested to lopsided