Michael Kugelman is deputy director and senior associate for South Asia with the Woodrow Wilson International Center for Scholars in Washington, DC. You can follow him on Twitter @michaelkugelman. The views expressed are his own.

(CNN)On December 30, Bangladesh’s government was reelected in a landslide. According to the country’s Election Commission, the Awami League (AL)-led ruling coalition won an astounding 288 out of the 300 parliamentary seats up for grabs. The political opposition has understandably alleged massive rigging, rejected the results, and called for new elections.

The disputed election outcome could plunge Bangladeshi politics, already poisoned by bitter and often violently expressed partisanship, into a new and dangerous era.

The opposition has every reason to be furious. For several years, the AL has engaged in a systematic campaign to undercut the opposition, if not dismantle it altogether. The crackdown has included scores of arrests. Several top figures, including opposition leader Khaleda Zia, are in jail. A weakened Bangladesh Nationalist Party (BNP), the main opposition party, has become a shadow of its former self. The AL’s unrelenting campaign of political repression made any idea of a level electoral playing field a farce.

And yet the BNP, after cobbling together a new coalition, still defied the crackdowns to campaign and contest the election. It’s hard to imagine the opposition sitting quietly in the face of a suspiciously lopsided electoral result.

At the same time, the AL is a popular party that can bring in votes. To denounce the party’s resounding victory, as the opposition and other government critics have done, as a “selection” rather than an election is to overlook its strong constituencies.

These include voters that support the AL for its tough law-and-order position and brutally efficient counterterrorism tactics; that hail it as an embodiment of Bangladesh’s secular traditions in contrast to an opposition that includes political Islamists and religious hardliners; and that credit it for the country’s impressive macroeconomic growth. 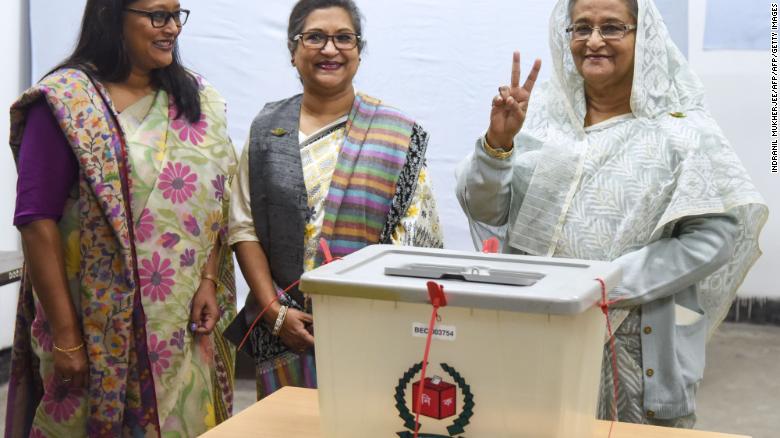 Indeed, poorer supporters are likely willing to overlook the AL’s authoritarian tendencies and ugly poor human rights record because they believe the party has delivered on the bread-and-butter issues that matter to them the most.

To be sure, one could easily take issue with such characterizations. In order to expand its vote bank, for example, the AL has increasingly aligned itself with the positions of several religious parties, including Hefazat-e-Islam, one of the country’s largest Islamist organizations. Additionally, beneath the veneer of strong GDP growth lie several worsening economic indicators, including inequality. But such critiques of the AL’s track record don’t daunt or deter the AL’s rank and file.

This isn’t to say the AL didn’t steal the December 30 election. On the contrary, it beggars belief to assume that any party, no matter how popular, can cleanly win more than 95 percent of parliamentary seats. Rather, the point is to highlight that the AL does have a deep support base that the party can count on to deliver votes — and to come to its defense.

Unsurprisingly, officials have rejected the opposition’s request for new elections. In reality, other than getting the Electoral Commission to look into some complaints about irregularities, the opposition has few options to redress its grievances.

Additionally, the BNP and its allies lack the capacity to orchestrate mass street protests, given their weakened state. Still, given the anger and disillusionment within the ranks of the opposition — few of whom likely expected such a lopsided margin of victory for the ruling party — isolated demonstrations are still a possibility, and they could well turn violent. Such acts could prompt retaliatory attacks by ruling party members. 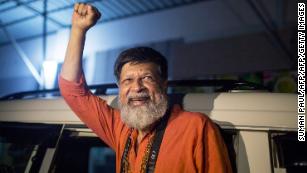 With the opposition sidelined and the ruling party having secured five more years of rule through highly questionable means, Bangladesh has become something closely approximating a one-party state. Looking ahead, it is difficult to imagine any type of coexistence, no matter how uneasy, between an emboldened ruling party and a cut-down-to size opposition. Neither appears in a mood for conciliation. In an environment rife with iron fists, it’s hard to find olive branches.

Bangladesh’s future is unclear. On the one hand, there will likely be a return to normalcy of sorts, with Dhaka continuing its efforts to grow the economy and strengthen development. At the same time, the AL, galvanized by its electoral triumph, could continue if not step up its crackdowns on dissent — so long as it believes such draconian acts won’t affect its global image and deter investors. The opposition will push back, to the extent that its weakened capacity allows. Meanwhile, an increasingly suffocating climate for the opposition could prompt the radicalization of more hardline opposition elements, particularly from the Jamaat-e-Islami party.

More broadly, and most ominously, Bangladesh’s young people — a critical constituency in a country where people under 40 account for nearly 80 percent of the 166-million-strong population — could start to lose faith in democracy.

No matter how you slice it, troubling and turbulent days are ahead for Bangladesh.

Mending democracy call of the day