In the whole spectrum of India’s political experience, one thing that stands out is the wonder of Indian democracy. Three aspects of Indian democracy cause theoretical surprise and one that generates concern.
First, the stability of Indian democracy is surprising, given that India is a low income economy. Per capita income remains at $1200 per annum, despite thirty years of fairly rapid economic growth. This curious quality of India’s experience has defied the traditional theory of democracy, a theory which linked democratic systems with high levels of income. Democracies simply haven’t lasted that long in low-income societies.
Second, Indian democracy operates amidst radical ethnic and religious diversity. This is surprising given that, as John Stuart Mill first noted, a radically diverse country would seem incapable of democracy because there is no fellow feeling among its constituents. By this he meant both that diversity would inhibit the democratic process and prevent consensus policy making, and that democracy required nationalism that could not emerge in the context of a fragmented polity. Curiously, India is now beginning to develop a reasonably coherent national identity. This is not to say that diversity is giving way to homogeneity; nationalism is on the rise despite ongoing diversity on ethnic, religious and cultural levels. Both subnationalism and nationalism coexist. One response from scholars, in particular Lijphart, has been to suggest that radical ethno-religious diversity does not inhibit the emergence and sustenance of democracy, so long as a specific kind of democracy is developed. This type of democracy is referred to as consociational democracy. It is characterised by guaranteed group representation and power-sharing arrangements. However, it is clear to students of Indian democracy that India is not a consociational democracy, though Lijphart has argued otherwise.
A part of the curious puzzle is why India’s diversity has not lead to greater fragmentation over the past half-century. During the lifetime of Indian democracy there have only been four secession movements. In 1989-1990, the worst year for secessrionism, only 3.5 per cent of Indians were in areas of India that recorded high levels of pro-secession feeling.
Indians have developed the ability to hold two or three identities simultaneously. National identity has not swamped regional, or subnational identity. The Indian experience here is similar to that of Belgium, Canada and Spain. This dualism of identity is encompassed in the concept of state-nation (as opposed to nation-state) which has emerged out of the scholarship of Indian political science. As Stepan and Linz have recently argued, unlike nation-states, state-nations do not seek to erase regional linguistic and religious identities or seek after a coherent, unitary national identity. State-nations both recognize diversities and explicitly nurture larger polity-level loyalties.
The third surprise is the durability of Indian democracy in an environment with entrenched inequalities, notably those of caste and gender. One of the guiding principles of democracy is political equality. How then can democracy function in such an extremely unequal setting as India? Here, as with India’s low-income democracy, the Indian case study has led to improvements and refinements in democratic theory.
Finally, an issue that causes both theoretical and empirical concern is the quality of Indian democracy. Certainly the institutional framework of democracy, including the voting mechanism, has survived in India for 60 years, but is this enough to consider India a vibrant democracy? What about what happens between elections? How accountable is the government to its citizens? At the level of ‘quality of democracy’, India has performed poorly. In particular, it has not delivered public services to its poor, who still account for up to 25-30 per cent of Indian society. While India has politically empowered its poor through the vote, it has done very little for their education and health. . Recently, the middle class has also come out to complain that the government lacks accountability between elections. The middle class is economically empowered, but feels politically marginalised.
The performance of Indian democracy between elections has not received much attention from scholars, as the literature on the quality of democracy is newer and underdeveloped. As this area of research expands, India will play a crucial role as a source of empirical materials. 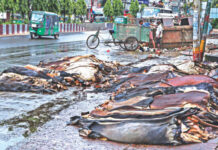 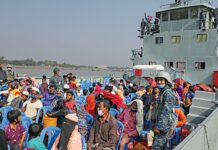 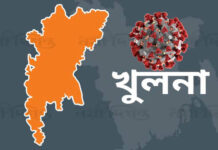