Why is it that those who murdered Italian aid worker Cesare Tavella and Japanese national Kunio Hoshi used firearms, while those who killed secular bloggers and publishers of Bangladeshi nationality used only swords and machetes?

Does it suggest that those who killed the foreigners and those who murdered Bangladeshi bloggers and publishers belonged to different organisations?

Even Italian priest Piero Parolari, now recuperating in hospital, was shot at, while local Pabna priest Luke Sarkar was knifed and hacked.

In all the three attacks on foreigners, there were three assailants riding a motorcycle. One driving the two-wheeler, the other shooting to kill, and the third possibly a backup in case the first shots did not hit the target.

On the other hand, there were more than five or six, possibly seven to eight, men armed with sharp weapons attacking the bloggers and publishers.

At least some of them possibly had firearms but only once was it used to perhaps ensure a safe getaway during the attack on Suddheswar publishing house’s office. And the bloggers, publishers, and policemen at Savar were all hit on their necks or back of their heads in the slash-and-kill attacks.

The Islamic State has now claimed responsibility for the murder of Tavella and Hoshi in their online magazine ‘Dabiq’, and also for bombing the Shia procession at Husseini Dalan. It has threatened more action in ‘Bengal’ (read Bangladesh).

They have not referred to owning up to the attack on Piero Parolari, though a monitoring group had earlier said the Islamic State had claimed responsibility for the attack on the Italian priest.

But the ‘Dabiq’ has described those leading the attack on Paris or downing the Russian airliner in Egypt as ‘brave knights’ and described those attacking Tavella and Hoshi as ‘the soldiers of the Khilafah’.

Some close watchers of the Islamic State say that means those attacking Paris belonged to its core fighting units, while those in Bangladesh would be from a group of local associates, probably not even trained by the IS, but only authorised to represent the group in Bangladesh.

In fact, in the latest post in ‘Dabiq’, the Islamic State has claimed finding a regional leader in Bangladesh who has pulled off the unity of all jihadist factions.

“The soldiers of the Khilāfah in Bengal pledged their allegiance to the Khalīfah Ibrāhīm (hafidhahullāh), unified their ranks, nominated a regional leader, gathered behind him, dissolved their former factions, performed the necessary military preparations, and hastened to answer the order from the Islamic State leadership, by targeting the crusaders and their allies wherever they may be found,” reads the article in ‘Dabiq’.

The explanation of the Bangladesh government has been simplistic. Denying IS presence in the country may be justified to prevent a panic amongst foreigners but it begins to sound less convincing when one such attack follows another .

Now that the IS has claimed responsibility for the attack in their own slick online magazine ‘Dabiq’, Bangladesh’s Home Ministry will be hard put to sustain its total denial.

It is true the attack on the foreigners and the local publishers appeared too close to some of the war crimes verdicts, prompting all to seek a link.

The opposition parties that attempted sabotage on rail tracks and bombed buses full of innocent passengers can be counted on to attack foreigners and bloggers-publishers if only to embarrass the government and force it to stop the war crimes trial under threat of continuous terror.

But the government has to prove beyond a doubt in a court of law, the involvement of the BNP or the Jamaat in at least one such case – Tavella or Hoshi or Parolari. Arrests on suspected complicity is not good enough.

Bangladesh has a plethora of home-grown Islamist radical groups. Some have a history of backing from Pakistan’s Laskhar-e-Tayyaba (LET) and linkages with terror principals like Al Qaeda.

The LET has been very active in Bangladesh, especially during the BNP-Jamaat regime when many of its activists were infiltrated into India for action through Bangladesh.

The HUJI or the JMB had strong Pakistani connection. But for the new generation of Islamist radicals like the Ansarullah, the urge to seek a link with the big terror principal in Middle East is pronounced.

The tradition of attacking local secular intellectuals goes back to the days of the Pakistan military (like the Buddhijibi massacres in Dec 1971) and is rooted in the conviction that they are the main prop behind Bangladesh’s secular linguistic nationalism that undermines an Islamist order.

But why would the Al Qaeda or IS make Bangladesh a target?

There are good reasons for that. As a predominantly Muslim populated country but where the state and its present government is secular, Bangladesh poses a challenge to the proponents of radical Islam because it upholds an alternate model of moderate Islam, one where language and culture determines the edifice of the polity rather than religion.

For any group seeking to foist an Islamist theocracy on its people, Bangladesh is an awkward example of a home-grown secularist Muslim nation, despite the considerable compromises made in its constitution during the military rule of Ziaur Rahman and HM Ershad.

That is why Bangladesh and its secular order – and those who seek to uphold it through the spirit of 1971 – is an anathema not only for the home-grown Islamists but also for those in the Middle East.

Undermining secular Bangladesh is thus a priority for both groups like the IS and home-grown ones like Ansarullah. It comes as no surprise therefore that the IS would outsource its terror franchise to a home-grown radical group willing to kill for Islam.

But the fact that the ‘soldiers of Khilafah’ in Bangladesh would only seek to behead locals and give foreigners the benefit of a less painful death stands a bit in contrast to the Islamic State’s penchant for beheading all its victims, locals or foreigners.

And the last question – why would it attack a foreigner like Hoshi who had converted to Islam? Hardliners love converts, they don’t kill them.

At the end of the day, those running the Bangladesh government must realise that Islamic State has as much at stake to undermine the country’s secular order as someone like Ansarullah or Jamaat-e-Islami. 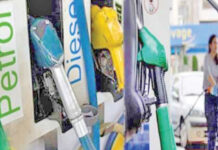 STRANGER THAN FICTION What should Bangladesh do with Jamaat?