All three indices of the Dhaka Stock Exchange slipped into the red yesterday as investors have taken a cautious stance amid persisting macroeconomic worries.

In its daily market review, International Leasing Securities Ltd blamed the selling spree of jittery investors for the decline.

Investors also decreased their participation in the market amid a lack of clear direction about the economy, which is under strains because of the volatile exchange rate, abnormally high imports and rising inflation owing to a spike in global commodity prices and the lingering Russia-Ukraine war.

Losers outnumbered gainers with out of 381 issues traded during the session, 230 declined, 94 advanced and 57 remained unchanged.

Of the sectors, jute, telecommunication and food and allied achieved the highest price appreciation, while paper, general insurance and cement suffered the highest correction.

The investors’ concentration was mainly focused on the textile, pharmaceuticals, chemicals and engineering sectors.

Imam Button Industries gave up the most, declining 2 per cent. 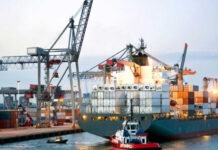 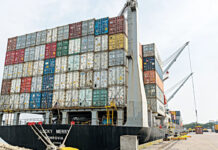