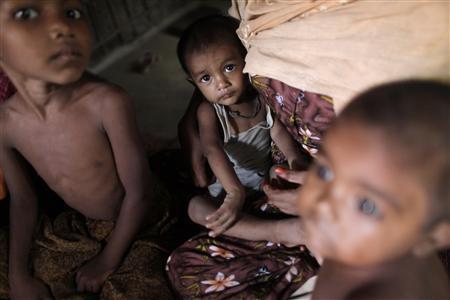 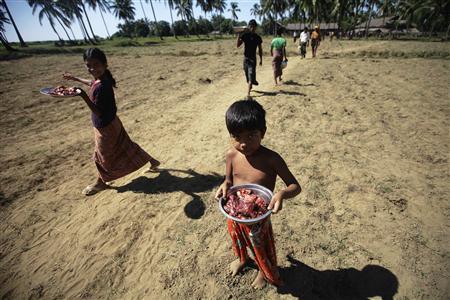 (Reuters) – U.N. human rights investigators called on Myanmar on Wednesday to halt deadly sectarian violence and warned it not to use the conflict as a pretext to remove Rohingya minority Muslims.

Some 89 people have been killed in clashes between Buddhist Rakhines and Muslim Rohingyas in western Myanmar in the past 10 days, according to the latest official toll.

“This situation must not become an opportunity to permanently remove an unwelcome community,” said a joint statement issued by Tomas Ojea Quintana, U.N. special rapporteur on Myanmar, and independent experts on minority issues and the internally displaced.

They voiced their “deep concern about the assertion of the government and others that the Rohingya are illegal immigrants and stateless persons”.

“If the country is to be successful in the process of democratic transition, it must be bold in addressing the human rights challenges that exist,” Ojea Quintana said.

“In the case of Rakhine State, this involves addressing the long-standing endemic discrimination against the Rohingya community that exists within sections of local and national government as well as society at large.”

The Rohingyas say their homes were burned down by Rakhines armed with slingshots, wooden staves, knives and gasoline.

The United Nations says more than 97 percent of the 28,108 people who have fled the violence are Muslims, mostly stateless Rohingya. Many now live in camps, joining 75,000 mostly Rohingya displaced in June after a previous explosion of sectarian violence killed at least 80 people.

Fearful Buddhists and Muslims are arming themselves with homemade weapons, testing the reformist government’s resolve to prevent a new wave of violence.

Rita Izsak, U.N. independent expert on minority issues, said the Rohingya constituted a minority which must be protected according to international minority rights standards.

“The government must take steps to review relevant laws and procedures to provide equal access by the Rohingya community to citizenship and promote dialogue and reconciliation between communities,” she said.

The U.N. refugee agency has called on authorities to restore law and order so as to prevent further bloodshed and displacement. An estimated 6,000 people are stranded on boats or on islets along Myanmar’s western coast, it said on Tuesday.

“We are appealing to neighboring countries, Bangladesh being very much one of them, to keep borders open. It is clearly important that people do have access to safe haven,” UNHCR spokesman Adrian Edwards told a news briefing on Tuesday.

(Reporting by Stephanie Nebehay in Geneva and Martin Petty in Rakhine; editing by Andrew Roche)