Mosque Rejected in New Jersey Amid Fear of Muslims 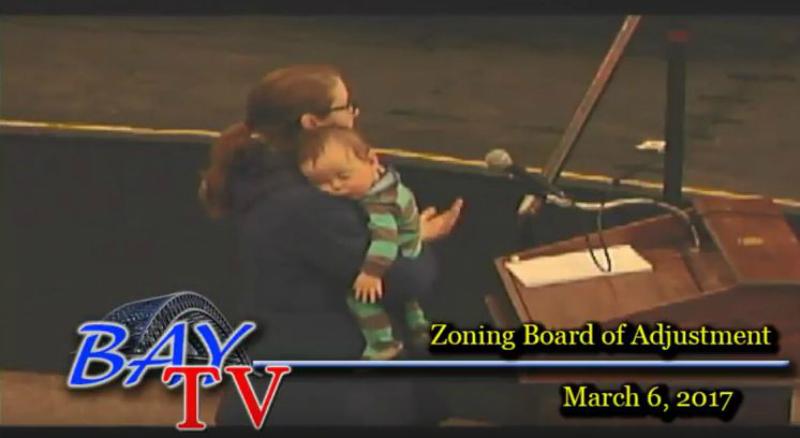 Officials cited zoning issues as the reason for rejecting an application to construct a mosque in Bayonne, NJ, Monday night, but it was religion — and the allegation that Islam promotes violence — that was the undercurrent of a heated six-hour zoning board meeting that culminated 18 months of debate.

When Muslim men gathered in a corner of the room at Bayonne High School to pray before the meeting began, opponents of the mosque began the Christian Lord’s Prayer in response. When a supporter of the mosque said discriminating against Muslims is akin to saying, “Catholics are rapists,” he was shouted down.

And when an opponent, Ledia Elraheb, took the podium to loudly read what she described as violent passages from the Koran, the Bayonne zoning board chairman allowed her to continue until she yelled, “How many children have died under this so-called religion?”

Another resident, John White, called for an ideological test, saying the Muslims should be asked about their beliefs before getting a house of worship. “What do they believe?” he asked.

Near midnight, the board voted 4-3 on a request for zoning variances to convert an old warehouse into a mosque. Five votes, a super majority, were required.

The Muslims of Bayonne, who bought the warehouse on a dead-end street for $1 million more than two years ago and requested zoning changes shortly thereafter, are now reviewing their legal options. One option is to revise the application and return to the zoning board to seek new variances, according to Bill Finnerty, attorney for the mosque applicants. The other is to seek help from the federal Department of Justice, which under President Obama sued several towns — including Bernards Township, NJ — for discrimination after rejecting applications for mosques.

But Finnerty knows that the Department of Justice under President Trump might not be as amenable to supporting Muslims.

“I’d like to think we would get a fair hearing on it, but looking at everything that’s going on since [Jeff] Sessions became [Attorney General], I don’t know,” Finnerty said.

The port city of Bayonne is across the Hudson River from Brooklyn and is a launching point for Caribbean cruise ships. For several years, Muslim residents here have rented space in the basement of a Catholic church to pray. There is no mosque in the city, and the proposed project included plans for a soup kitchen, health services and summer camp for kids.

The debate has gotten ugly; fliers circulated in town have referenced Sept. 11.

Sumer Elganbaihy, a Muslim college student born and raised in Bayonne, told the board that residents shouldn’t fear change and diversity. “We’re not going anywhere — this is our home. We are you, we are your business owners, we are your janitors, we are your teachers, and, hopefully, I will be one of your social workers,” she said. “I hope we can work on making it all diverse together.”

Elganbaihy invited the Christians to attend prayers with her and “maybe not Google facts about our religion.”

Melody Carlisle, a Bayonne resident, approached the podium with her sleeping baby — “the future of Bayonne” — on her shoulder. She said she was “still proud” to build her child’s future in Bayonne, but she argued that Muslims “are entitled to the same religious freedom and right to assembly that every other taxpaying and law-abiding citizen is entitled to.”

Despite accusations that mosque members are part of the Muslim Brotherhood, opponents said they had no problem with Muslims, Islam or even a mosque — they just didn’t think it should be in a quiet residential neighborhood. They said requests to reduce both the required buffer to neighboring properties and the setback from the road should be denied. And they repeatedly complained about parking, saying the neighborhood didn’t have enough spots for residents, let alone worshippers.

A planner hired by the city, however, said the mosque wouldn’t interfere with parking during peak times.

Still, the zoning board sided with opponents, saying the mosque would inappropriately effect the neighborhood. They referenced zoning laws, not religion, in their votes.

But the rhetoric was often anti-Muslim. Two men who identified themselves as non-Muslim Egyptians said the mosque should be rejected because Muslims are violent; one said his “uncle got slaughtered in the road because he’s Christian.”

White, the opponent who asked what the Muslims believe, said “Islam is not a race,” so opposing them can’t be racist. He said he is not a bigot, explaining that several of his doctors are Muslims — “and they are excellent.”

Mosque proposals elsewhere are facing similar opposition. In Yonkers, an effort to turn a home into a mosque stalled, even though it was a permitted use, after the city council suddenly gave the property historical protection. A lawyer representing the Islamic Community Center for Mid-Westchester sued. The case is pending, but in recent weeks the group got more bad news: Yonkers stripped the group of its tax-exempt status.

The Islamic Community Center’s attorney, Omar Mohammedi, said this is an example of continued discrimination against the Muslims. But David Jackson, the city tax assessor, told WNYC the change was because the property is not functioning as a house of prayer and the city simply failed to send a letter to the group saying the exemption was rescinded.

In Bayonne, zoning board chairman Mark Urban voted against the mosque. After the vote, he expressed disgust with both opponents and supporters.

“Some of the comments I heard and some of the actions I’ve seen I tell you as a Bayonne resident my whole life it embarrasses me,” he said. “And it’s on both sides. This issue got out of hand.”

From Trump Tower to White House