Bangladesh’s future depends on a world-class seaport and a technology savvy young generation who would drive the country into a new global order in less than two decades, said Nobel Laureate Muhammad Yunus yesterday.

Bangladesh must be prepared for 2030 when the world order would change dramatically, he said. He said China and India would become the world’s largest and second largest economies respectively by that time. If Bangladesh can turn Chittagong seaport into a world class one, the country would develop in line with India and China, he added.

“Bangladesh lies between these two giants and we have to take the advantage of it,” he said while addressing the closing ceremony of The Daily Star’s 12-day long Odommo Chattagram festival in the auditorium of the Institute of Engineers in Chittagong city.

These two countries will create a lot of demand for goods and services of skilled professionals, and Bangladesh should be poised to supply that, Yunus said. “If we cannot take the chance, others will come in,” he cautioned.

The microcredit guru cited the example of Haiti that is located very close to the world’s largest economy, the US, but cannot take any advantage of it due to political turmoil.

“Education, technology and the youths will be the drivers of 2030 Bangladesh,” Yunus said. The Nobel laureate said opening up of Myanmar created another advantage for Bangladesh for that country’s natural resources and for the historical relations between the two countries.

He also said he wants to see Myanmar in Saarc as soon as possible. “Myanmar can set up a link between Saarc and Asean,” he pointed out. He urged Bangladeshis, particularly Chittagonians, to build relations with Myanmar.

Yunus said many countries, especially the neighbouring ones, want to use the Chittagong port. He named north-eastern states of India, Nepal, Bhutan, Myanmar and China.

“So the port must be prepared to serve not only 16 crore Bangladeshis, but also another 16 crore of the region,” he said. Yunus, now known as the social business pioneer, said United Arab Emirates, which is a desert country, was applauded for its excellent capacity of port development and management.

“We have to take such a responsibility and learn port management,” he said. He termed the present Chittagong port a very small one that cannot handle any mother vessel.

About the youths, he said they would drive the country into a bright future. But it would not happen unless they were educated about technology, he noted.

“Will we clean the roads and furniture in foreign countries or will we do expert jobs?” he questioned. Yunus said Bangladesh has to arrange quality higher educational institutions like the Asian University for Women in Chittagong.

He said he has high hopes for the Bangladeshi youths who have the potential to take the country into a new era of development. “Now we should take initiatives to know how the youths want to see Bangladesh in 2030,” he said. “Chittagonians are naturally entrepreneurs, and we have to use their skills,” he noted.

He thanked The Daily star for organising such an event in Chittagong and asked the editor of the newspaper to replicate the concept in other parts of the country.

Dhaka-centric activities are not helping Bangladesh to grow as a nation, he said. Mahfuz said Chittagong has an immense potential to grow, and the policymakers and private sector should prioritise its development.

“We all should demand Chittagong’s development,” he said. “We found that electricity is a big problem in Chittagong. Let us discuss more and take the suggestions to the government for solutions,” he added. 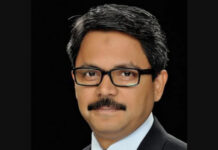 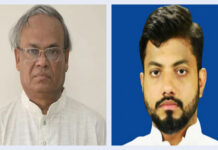