This phobia is perhaps not unique to the western world, it can be found even in the Muslim world

Many analysts and commentators both in Bangladesh and abroad have written extensively on Bangladeshi war criminal Quader Molla’s execution, especially on Pakistan’s reaction to it. Most Pakistani analysts didn’t seem as conceited as their parliament. However, most of the Arab analysts were quite against the execution and they weighed Molla as a Muslim who was being hanged in a Muslim-majority country. The analysis that caught my attention was written by a Turkish interfaith scholar, Harun Yahya, titled “It is time to reflect” in Arab News on December 14.

I have great respect for Harun Yahya for his erudite analyses. I, however, couldn’t agree with him about what he wrote in this particular piece. The essence of his article was that Bangladesh hanged Molla due to the country’s Islamophobia, and the hanging was also radical, which doesn’t match with Islamic teachings on the part of Bangladesh.

He wrote: “This phobia is perhaps not unique to the western world, it can be found even in the Muslim world … Fearing radicalisation of society, governments are sometimes compelled to resort to force. The execution of Molla, a top leader of the Jamaat-e-Islami, instead of life imprisonment, somehow points toward the same apprehensions.”

I know he is a true believer, and that is why he said: “A true believer can never remain silent in the face of injustice and persecution.” As a member of the brotherhood, Harun Yahya thought Molla was “persecuted”, vehemently opposing Molla’s execution. He also thought that the general sentiments of Muslims across the globe were against Molla’s execution.

He also thought: “Whatever is happening in Bangladesh is in sharp contrast to the true teachings of Islam. One of the most important characteristics of a Muslim is: He forgives, and is compassionate and merciful toward others.”

This is where lies the missing link for the Turkish scholar to realise how the teachings of Islam have been violated in Bangladesh: What Molla did in the name of Islam in 1971 as well as what his party, Jamaat-e-Islami, did in the independent Bangladesh. Quader Molla and the like, inspired by the Pakistani ruling elite, cared little about the teachings of Islam, as they formed pro-Pakistani organisations in the name of saving Pakistan, and killed millions of Muslims in the erstwhile East Pakistan.

The majority of the erstwhile East Pakistan were Muslims, but they (Molla and the like) branded them as Hindus and went on a killing-spree. I’m sure Islam doesn’t teach us to kill humans (even if they are non-Muslims) to customise our political interests.

That was the first seed sown for Islamophobia in Bangladesh. Jamaat was running a terror campaign in the name of Islam. Members of this party were spreading the message of saving the Islamic state of Pakistan from splitting. But the way they were upholding an Islamic state wasn’t at all merciful, and never matched with the teachings of Islam. By killing millions of humans, most of who were Muslims, they committed heinous crimes in Bangladesh.

Later, after the independence of Bangladesh, when Jamaat was allowed to be involved in politics, it never cleared its objectives. For a long time, the prime tool for the workers of Islami Chhatra Shibir (student wing of Jamaat) was to wound their political opponents by severing tendons. The Shibir workers have now changed their strategy; they are now wounding and killing innocent humans with bombs.

This particular organisation has always served against the interests of Muslims in South Asia. In 1947, it opposed an independent homeland for South Asian Muslims. In 1971, it killed millions of Muslims in Bangladesh. In 1985, it sided with Pakistani General Zia and assisted him in radicalising the youth to fight against the Soviets in Afghanistan. Of late, in Pakistan, it has come in support of the militants who have declared war on Pakistan’s establishment and its civil society.

Recently Syed Munawar Hassan, head of Pakistan Jamaat, declared the former head of the Pakistani Taliban, Hakeemullah Mehsud, a martyr. The statement was a serious offence, and an insult to the memory of thousands of people who have died at the hands of militants.

It’s worthwhile to mention here that Bangladeshi people as well as the government don’t follow radical Islam. They always preferred the peaceful elements of Islam in this country. However, when someone or some organisation had used Islam as a terror tool, the people of this country became scared of that agent that makes their religion fearful.

This phobia is perhaps not unique to the western world, it can be found even in the Muslim world  – See more at: http://www.dhakatribune.com/op-ed/2013/dec/27/jamaat-responsible-islamophobia#sthash.wgR3L3kl.dpuf 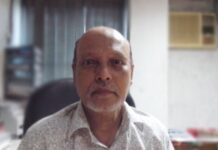 An appeal from the next generation: Safeguarding the history of our liberation heroes

Bangladesh Skeptical of Claims That ISIS Was Behind Shootings of Foreigners