A file photo shows workers sewing clothes at a readymade garment factory on the outskirts of Dhaka. Export earnings of the country went up by 17.24 per cent year-on-year in July-November of the current fiscal year (2018-2019), riding on higher shipments of RMG products. — New Age photo 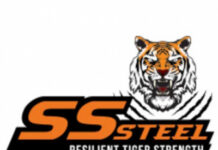 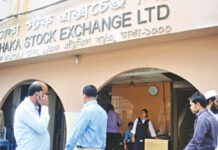