When Bangladesh is struggling to fight against the deadly coronavirus pandemic, another catastrophe is heading towards the country’s coastal areas in the form of super cyclone Amphan, bringing a double blow to the impoverished people as well as the economy of the nation.

Low income people of the country are the worst sufferers due to the shutdown enforced to curb Covid-19 transmission.

Prime Minister Sheikh Hasina on May 10, while receiving donations for her relief and welfare fund, acknowledged that people are suffering due to the shutdown and said that her government was trying to reopen some sectors gradually so that the poor could earn their livelihoods.

The number of fatalities and infections due to novel coronavirus is increasing alarmingly in Bangladesh, recording 21 deaths and 1,251 new cases in last 24 hours. With the latest figures, the death toll rose to 370. The total number of confirmed cases climbed to 25,121.

Amid such a crisis, the very severe cyclonic storm Amphan is likely to hit the Bangladesh coast — between Khulna-Chattogram — anytime from late Tuesday night and Wednesday evening, which will intensify the sufferings of the people living in the vulnerable locations.

People living in coastal areas always live with extreme uncertainties, risk and vulnerabilities and carry on with sealed fates as they have to face frequent disasters. They are yet to recover from the losses they incurred following Cyclone Sidr in 2007 and Cyclone Aila in 2009.

As of today, Amphan was over west-central Bay and adjoining areas, and moving north and northeast-wards this morning and may cross Bangladesh coast with a surge of 5-10 feet above normal tide, not to mention 140-160 kph wind speed.

Amphan, which formed in the Bay of Bengal on Saturday, was located 725km south-southwest of Payra port at 9:00am today, according to the special bulletin of Bangladesh Meteorological Department.

Cyclones in this land are as old as its history, which has been mentioned by the eminent historian Abul Fazal in his “Ain-E-Akbari” in the 16th century. About 40 percent of the overall global storm surges are recorded in Bangladesh — tropical cyclones from the Bay of Bengal, accompanied by storm surges, are one of the major natural hazards in the country.

They occur mainly in April/May and October/November. For ages, cyclones have remained the deadliest and most hazardous disaster for human populations, other species and resources. Cyclones increase vulnerabilities of affected communities as recurring events, lingering in post disaster phases and associated with complex recovery.

The deadliest cyclone in Bangladeshi history, Cyclones Bhola, made landfall in 1970 and resulted in about 500,000 deaths recorded along the country’s coastal regions. The second deadliest cyclone occurred in 1991, which killed at least 138,000 people and left as many as 10 million homeless, according to newspaper reports.

In recent memory, two severe cyclones — Sidr (2007) and Aila (2009) — hit the coastal areas of the country and affected approximately 11 million people, killed over 4,190, washed away or destroyed several hundred houses and structures, over 2.2 million livestock were killed and several million acres of crops were ruined — resulting in huge economic losses the country had to deal with over the subsequent decade.

Though Bangladesh has gained some significant capabilities to manage cyclones, this time the country has to fight two calamities at once.

The concerned authorities have to take extra precautions and measures to reduce the loss by considering it more critical compared to other cyclonic phenomena. As people will be evacuated and taken to cyclone shelters, there will be a huge risk of Covid-19 spreading in close quarters.

We know that cyclone shelters are always overcrowded during natural disasters, but this time it would be a big challenge for the government to keep people at the shelters maintaining physical distancing and hygiene practices to contain the spread of the virus.

Taking the issue into serious consideration, the government must ensure hygiene practices and social distancing at the shelters and make people abide by those health guidelines.

On top of that, shelters must have a ready stock of masks, sanitisers, proper handwashing facilities with soap for everyone and other recommendations, made by the disaster management experts to combat this crisis period.

If any kind of mismanagement takes place while handling the crisis, the country will have to witness a calamity of unimaginable scale. At this time, we hope the government would handle the crisis with utmost care and sincerity for the greater interest of the country and its people. 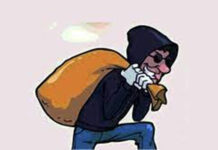 The people’s right to know