A lack of vision and poor enforcement of planning rules are major reasons why the capital’s growth has come at huge costs to the environment and quality of life for residents.

The recent amendment to the current Detailed Area Plan for Dhaka by a cabinet committee, approving alterations to allow major housing schemes around Badda, on areas identified as flood flow control zones, has caused considerable debate.

In anticipation of objections, the committee laid down requirements for separate concrete drainage systems for storm water and waste management, and specified that water bodies should be protected and the developments will be required to install effluent treatment plants.

While it is to be hoped that these rules will be properly enforced so they achieve their aim, past precedents are poor. In a city where illegally built structures are not uncommon, there is little surprise if changes are made to core parts of the DAP itself.

Consistency in the enforcement of planning rules has to be a pre-requisite to ensuring that the future growth of the city is sustainable and viable.

More vision and strategy is needed as well. Dhaka’s limited land space is shaped by water. It needs to ensure its rivers and canals are not blighted by encroachment and waste dumping, but instead are nurtured and valued as core features of the city .

Improving transportation is most vital. Not only can this reduce congestion within the city, but by encouraging relocation of some industries around the country, it can facilitate more productive and environmentally sensitive use of land. 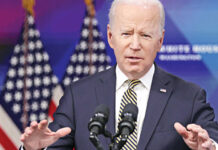 On protecting refugees from Myanmar