The Cabinet on Monday approved in principle a draft proposal for amendment to the ‘Bangladesh Labour Act, 2006’, aiming to ensure the welfare of workers through various measures and thus uphold their rights.

The decision came from the regular weekly meeting of the Cabinet held at Bangladesh Secretariat with Prime Minister Sheikh Hasina in the chair.

Briefing reporters after the meeting, Cabinet Secretary M Musharraf Hossain Bhuiyan said amendment to the law has been proposed to make it more time befitting considering the global context, election pledges of the government and the existing reality.

Under the proposed amendment, he said, the workers who have completed over 15 years in their jobs will get increased gratuity.

The Cabinet Secretary said the draft of the new labour law has been finalised in consultation with all the stakeholders and ILO to create an atmosphere of productivity in industries and other sectors.

The new law will help address the basic problems of the working-class people and implement ‘Better Work Programme’ of the International Finance Corporation (IFC) and international conventions and earn GSP facilities.

Musharraf said the proposed amendment has kept a mandatory provision for ensuring workers’ safety and the owners concerned would provide necessary safety equipment to its workers as per the demand of that profession.

Besides, there will be provisions for setting up clinics if over 5,000 workers work under a mill or factory, forming a welfare fund for garment workers and it would be run by a separate board, outsourcing companies would be brought under legal framework and those companies would have to be registered, the overall safety and security measures of an organisation would have to be modernised, internal electricity system should be secured, exit-ways could not be kept lock as well as there should be no barriers and the staircases should be opened.

The day’s Cabinet meeting also approved in principle the draft of the ‘Brick Manufacturing Control Bill, 2013’ keeping provisions for jail and fine in various terms for violation of the law.

The law proposed highest three years rigorous imprisonment or Tk three lakh fine or both for the use of timber in burning bricks and different jail terms and fine for using top soil, setting up brick kilns in the reserved areas and violation of the license.

The Cabinet meeting also approved the draft of the ‘Vested Property Return (Amendment) Bill, 2013’ to change the existing ordinance to this end into law.

Besides, the meeting decided to confer ‘Bangladesh Friendship Medal’ to outgoing secretary general of Organisation of Islamic Conference (OIC) Prof Ekmeleddin Ihsanoglu for his efforts to strengthen the ties of OIC with Bangladesh.

The meeting was also apprised about the visit of Prime Minister in Russia from January 14-16 this year. 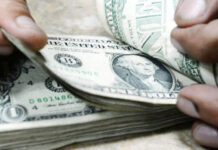 Pressure on forex reserves: Govt exploring loan of up to $4.5b from IMF 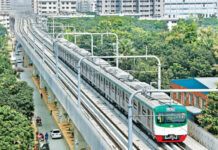 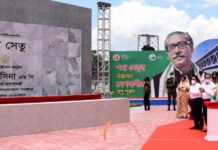