The telecom regulator stuck to its original recommendation for minimum voice call rates even though the government sought for downward revision.

The Bangladesh Telecommunication Regulatory Commission, after holding proper consultations with stakeholders, yesterday fixed the minimum on-net (calls between the same operator) call rate at Tk 0.35 per minute, up from existing Tk 0.25.

The off-net rate (calls between different operators) has been fixed at Tk 0.45 per minute, down from existing Tk 0.60.

“We will send our recommendation to the government for its nod as early as possible and then they will decide,” said a commissioner who attended the meeting.

The increase in the minimum on-net call rate will not affect the country’s 13.5 crore registered mobile subscribers as no operator currently offers Tk 0.25, he said.

“Actually, all the operators are charging more than Tk 0.35 per minute for on-net calls. We think this will not impact the market.”

However, slashing the off-net call rate by 25 percent to Tk 0.45 per minute will benefit the customers, he added.

In all the mature telecom markets, the difference between on-net and off-net call rates is negligible, said another BTRC official.

“But here, in our country, there is a huge gap. And ultimately, we are helping customers to save their money for making calls to other networks,” he added. The BTRC had first sent the proposal to the government in the first week of August, but the government immediately sent it back for review as it had a concern that the cost of using mobile services will increase at the end-user level.

The telecom watchdog did not present its argument for recalibration of the minimum call rates in the proposal it sent in the first week of August. This time, it will.

The new BTRC proposal though did not mention anything about the maximum call rate, meaning the existing rate of Tk 2 per minute will continue.

The re-calibration will fetch the three private operators — Grameenphone, Robi and Banglalink — higher revenues from the on-net segment, but state-owned Teletalk will be a loser, according to a BTRC study based on data from the April-June period of this year.

But from the off-net segment, Grameenphone will lose Tk 19 crore in a month, Robi Tk 26 crore, Banglalink Tk 20 crore and Teletalk Tk 5 crore. In 2010, after a cost modelling study, the telecom regulator with assistance from the International Telecommunication Union fixed the floor and ceiling rates for voice call.

Before that, there was no official study from the regulator and call rates used to be set arbitrarily. Back then, the call rate ranged between Tk 7 and Tk 10 per minute. 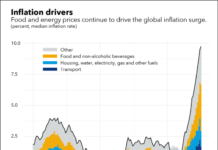 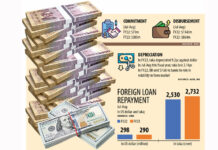