Tasneem Tayeb
While the war in Ukraine has created a new set of challenges with the dollar’s price rising, shortage of energy supplies and impaired international trade, these cannot be used as excuses to reward wilful defaulters at home. ILLUSTRATION: Biplob Chakroborty

Bangladesh’s banking sector is often in the news, and not necessarily always for the right reasons. Recent media reports, citing the central bank data, suggest that as of June this year, defaulted loans have reached Tk 125,257 crore, a new high – or low depending on the perspective – for the country. It is a 26.3 percent increase from the previous year.

This is an alarming sign for an already convalescent banking sector that is struggling to recover non-performing loans (NPLs) from defaulters, many of whom are wilful defaulters. Over the years, the country has been witnessing a trend of spiralling bad debts, and experts have raised plenty of red flags from time to time for the regulators to take pre-emptive measures to control the situation before it gets worse. But it seems the warnings have all fallen on deaf years.

The most recent BB bad debt data was revealed against the backdrop of the central bank’s July 18 directive to further relax rules for repayment of NPLs, for which it has garnered much criticism from economists and financial experts alike. The relaxed policy allows banks to reschedule their non-performing loans for up to four times instead of the previous three, and with extended grace periods and slashed down payment and repayment schemes.

For instance, defaulters who have taken term loans would be required to pay 2.5-6.5 percent of their total NPL amount as down payment. Previously it was 10-30 percent. Similarly, those who had taken loans in the form of working capital or demand loans, would have to give a down payment of 2.5-5 percent, instead of the previous 5-15 percent. Exporters will be required to pay two percent of their rescheduled loans to secure new loans. Previously it was 7.5 percent. And common borrowers would have to pay three percent of the loans they have defaulted on, instead of the previous 15 percent to get new loans.

The central bank has also decentralised the process of loan rescheduling, leaving it up to the boards of individual banks to decide who and how one can avail the benefits of the relaxed policies.

The central bank has justified the new relaxation policy suggesting that these measures have been taken to “reduce the pressure on the economy”. While it is understandable that the decentralisation of the decision-making process – now vested solely with the banks – will expedite the work process, how extending loan rescheduling facility, lowering down payment amounts or extending grace periods to loan defaulters will help the economy remain a mystery. Rather it is being feared that such policies are detrimental to economic growth, as they will be rewarding delinquent borrowers and would discourage the timely payment of loan amounts.

The new policies, however, would ease the woes of the state-owned banks, who have the lion’s share of NPLs. BB data reveal that the state-owned banks accounted for 21.93 percent of the total defaulted loans, while private banks accounted for six percent, as of June this year. Amidst the finance ministry’s target of reducing default loans in state-owned banks by nearly Tk 2,500 crore in the current fiscal year, the new BB policy would enable the SOBs to apply creative accounting to clean up their balance sheets by rescheduling classified loans, automatically pushing down bad debt and registering higher profits.

“While it is a positive move that the central bank has deregulated the decision to reschedule, the banks must now invest more in KYC [Know Your Customer] and good governance to ensure that delinquent borrowers do not take advantage of this. We must also take note of the possibility that with banks now having sole responsibility to decide on bad debt rescheduling, this could potentially affect the good borrowers negatively. If the banks tighten their lending terms to guard against selection of wilful defaulters, the good borrowers might feel discouraged from borrowing, while the delinquent borrowers – with no intention to pay the banks back – might take the larger share of the pie, safe in the knowledge that they can get away with their unscrupulous activities. These complex issues need to be taken into serious consideration by the banks, so that good borrowers do not feel that they are being punished, while the delinquent borrowers are rewarded,” suggested Dr Zahid Hussain, a former lead economist of the World Bank’s Dhaka office.

Interestingly, earlier in June this year, the central bank had revived the partial loan moratorium, allowing big businesses, SMEs and flood-affected agricultural businesses to enjoy flexibility in loan repayment till December this year. This move by the central bank was taken following a request from the Federation of Bangladesh Chambers of Commerce and Industry (FBCCI). While extending such facility to CMSMEs and flood-hit businesses makes sense, why the same flexibility should also be extended to the large industries remains unclear. With the pandemic and its economic shocks fading with time, why they are being repeatedly referred to in order to justify relaxed loan repayment facilities to defaulters is beyond the understanding of the common people. While the war in Ukraine has created a new set of challenges with the dollar’s price rising, shortage of energy supplies and impaired international trade, these cannot be used as excuses to reward wilful defaulters at home. Also, the regulators need to look at how other countries are navigating the current situation without incentivising the loan defaulters.

And this is not a new phenomenon. Over the years, loan defaulters – most of them influential and with strong political links – have enjoyed benefits of various central bank decisions to relax default loan repayments. One would remember the 2019 decision by the central bank to backtrack on its own measure to curb loan defaulting. A 2015 BB decision suggested – under a special package to restructure loans amounting to Tk 15,180 crore for 11 businesses – that if a borrower failed to pay two consecutive instalments of their restructured loans, they would be branded defaulters and would not be eligible for any further loan rescheduling. It was one of the multiple commitments under the said special package. Within four years, the central bank made an about-turn. Unfortunately, this practice of cushioning loan defaulters and packaging loan defaults under various schemes has become a recurring feature of the banking sector.

The policies of the central bank give the impression that the regulators are more worried about window-dressing the performance of the banking sector rather than actually putting in enough thought, time and effort to curb the problem of loan defaults, if not worse. The central bank also seems to lack the political will to bring the loan defaulters to justice, which is why they keep finding mechanisms to not only sustain them, but also incentivise their illegal activities.

The central bank should revisit its ethos, goals and objectives as a regulator and tailor its policies accordingly. Haphazardly taken decisions imply that they are either knee-jerk reactions to certain situations, or have been taken to reward delinquent borrowers.

Tasneem Tayeb is a columnist for The Daily Star. Her Twitter handle is: @tasneem_tayeb 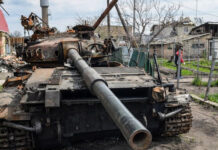 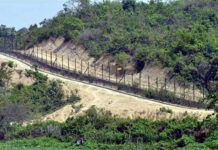 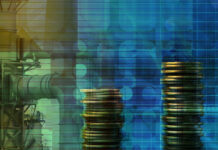