Last December Bangladesh passed the mature age of 50 but how far the country achieved success towards its goal of establishing a democratic, just and corruption-free society envisaged by its founding fathers? Fundamentals such as: a functioning democracy with equal opportunity for all political parties and individuals, fair justice system, rule of law, freedom of expression, a free press, protection of human rights, universal access to health care, education and food; above all accountability at all levels of the government are the hallmarks of a successful democracy.

Unfortunately, Bangladesh achieved very little judged by those milestones. No doubt Bangladesh achieved some success in certain areas of economic activity such as self-sufficiency in food production, a flourishing garments export industry only second to China, huge revenues from overseas workers’ remittances, and universal access to primary education, albeit of very low quality; on the other hand, large-scale corruption at every level of the society, lack of democracy, poor governance, and unstable political conditions have sapped the lifeblood of the country. Today, after 50 years of independence the society is still divided into those who supported the independence and those who didn’t support the independence from Pakistan. The majority of its population of 180 million weren’t even born at the time of the short-lived freedom struggle of 1971 and yet many are being persecuted for the alleged offences of their parents or grandparents.

Unlike South Africa or Vietnam, Bangladesh didn’t establish a truth and reconciliation commission to unite the nation after its independence so that the issue remained a political capital for the vested interests. Henry Kissinger’s infamous basket case Bangladesh is far from becoming ‘golden Bengal’ despite mouthful slogans and constant state-orchestrated propaganda. On the international scene, the persecution of the country’s only Nobel laureate Professor Mohammad Yunus didn’t bring any glory to Bangladesh. Today, the young people have little confidence in their own country- the bright and the talented ones are desperate to migrate to the West for a better future. Great political leaders like AK Fazlul Huq, H S Suhrawardy, Moulana Bhasani, and Sheikh Mujibur Rahman are no longer there to ignite the Bengalese spirit to achieve its heights of glory. Petty selfishness, social and economic crimes, large-scale corruption, poor governance, environmental degradation, and widening social inequality, above all absence of a functioning democracy are all that having a cancerous effect on the potential “golden Bengal”.

The author is a 1st International Development Professional. Worked for the Asian Development Bank, the World Bank, the European Union, the UKaid and sovereign governments across the continents of Asia, Africa and Europe. 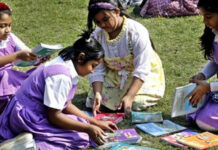 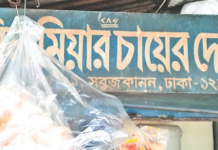 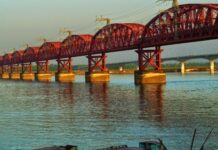 EC is not a postbox