The government had declared its decision to draw up an election commission law as demanded by the civil society and the cabinet has approved the draft. But from what has been reported on the contents of the draft law, it hardly seems quite what was asked for. Merely drawing up a law and forming an election commission with total disregard to any sort of national consensus involving the stakeholders of the election, is more of a mirage than anything else.

It is clear that just a law will not be capable to retrieve our politics from the deep crisis into which it has been pitched. Emphasis is to be given to the opinions of the stakeholders. It was the non-government organisation Shujan (Shushashoner Jonno Nagorik/Citizens for Good Governance) that was the most vocal and even drew up a draft law in this regard and presented this to the law minister. Secretary of Shujan, Badiul Alam Majumdar, has said, “The draft law approved by the government has upheld the old practice. In other words, the election commission will be formed by means of a search committee. That means there is a very slim chance of a powerful and independent election commission being constituted in keeping with public expectations.”

And Transparency International Bangladesh (TIB) has said if the law is passed without consulting the stakeholders and the civil society, it will not be credible.

The political parties which have placed emphasis on drawing up a law are mostly all allies of ruling Awami League or those that reap political benefits from it, such as opposition in parliament, Jatiya Party. They too had said that if the president so wants, a law can be drawn up in a matter of just a day. The law minister, however, towards the beginning of this year, had spoken against drawing up a law in a hurry, saying, “This law should be a law that is acceptable to all. If it is acceptable to just one party, then it will not be a universally accepted law.” But it is not clear whether he intended to follow up on his words. The manner in which the draft was suddenly placed before the cabinet and approved, it seems more politically motivated than unanimously acceptable. The government can now gain political mileage by boasting that they acquiesced to the demands of the civil society and are the first ones in the country’s 50-year history to fulfill this legal deficit.

Under the proposed law there is no chance of the selection committee being free of political influence, so it is difficult to believe that they will be able to propose neutral names for the commissioner posts

What has been gathered about the draft so far is that this law is merely giving a legal façade to the process by which the past two election commissions have been formed, with no tangible difference. The draft law also speaks about a search committee though on a somewhat larger scale. A judge of the Appellate Division, nominated by the Chief Justice, will head the six-member search committee. The other members will include a judge of the High Court, the Comptroller and Auditor General, chairman of the Public Service Commission and two eminent persons nominated by the president.

It is a gross understatement to say that all branches of the state structure have been politicised. We have seen how a judge was appointed to the Supreme Court and was even placed in the Appellate Division by dint of political bias and now after retirement is as politically active as ever. Under the proposed law there is no chance of the selection committee being free of political influence, so it is difficult to believe that they will be able to propose neutral names for the commissioner posts.

In the 50 years of our history, the best elections that we have had and which won recognition at home and abroad, were the ones based on political consensus

The present composition of the parliament and Article 70 hanging above the heads of the members of parliament like Damocles’ sword, makes it obvious just how easy it is for the government to pass any law. Even if everyone is given a chance to express their views, it is the government’s wishes that will be fulfilled. Think back about the Digital Security Act. There was so much discussion and debate, the minister even reassured the Editor’s Council that their misgivings would be taken into cognizance. But the bottom line is, no objections, recommendations or demands were paid any attention at all.

Those who believe that if the proposed law is opened up for the views of the civil society, it will give way to a credible law and that an independent and neutral election commission will be constituted, should take a look back in history. In the 50 years of our history, the best elections that we have had and which won recognition at home and abroad, were the ones based on political consensus. Actually there were not much problems with the election commission then because the nature of caretaker government was at the centre of the consensus. It was when conflict over the caretaker government emerged that problems arose over the election commission too.

No matter how much we castigate Pakistan for its long stretch of military rule and various undemocratic activities, they have a law in place that is inclusive in the true sense of the word and for which there is no alternative but national consensus. Over there, the prime minister and the leader of the opposition propose three names for each post on the basis of discussion and agreement, and the proposed persons must appear before a parliamentary committee hearing. The committee selects one from there and the president appoints him. If the prime minister and the leader of the opposition can’t reach a consensus on the nominations, they submit three names each to the parliamentary committee and the committee selects from among them. The Speaker forms that parliamentary committee with an equal number of members from the ruling party and the opposition.

The salient features in these examples set by our neighbours are, 1. The process for forming the commission is kept free of government influence, 2. There is a consensus among the major parties, and 3. It is inclusive. The best practices in election management among the Commonwealth member states are highlighted in ‘Election Management: A Compendium of Commonwealth Good Practices.’ It says that wrongful pressure applied by the government in power is the biggest challenge to free and fair elections. The Commonwealth Electoral Network Working Group compiled this compendium. According to them, the institution tasked with managing the election must be formed only with those in whom the people have full trust. It is important for them to have the trust of the political parties, but that does not necessitate that they come from political parties.

These features are totally absent in the proposed law. Just wrapping it up in legal garb will amount to burdening the people with another useless and subservient commission as the Rakib or Huda commission. Or even worse. There is no alternative to a national consensus on the overall aspects of the election system and for that it is required to have a common framework like that in 1990 drawn up by the three alliances. 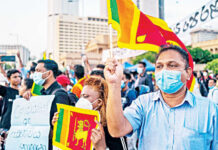 Covid is not going away, so will school remain closed?

Safe drinking water for all