Bharti Airtel will acquire the remaining 30 percent stake held by Warid in Airtel Bangladesh Ltd.
In January 2010, Airtel acquired a 70 percent stake from Warid in the Dhaka-based company and renamed it Airtel Bangladesh.
“The agreement and consequent transactions will be effective, subject to the company receiving Bangladesh regulatory and statutory clearances,” Airtel said in a statement yesterday.
Airtel did not disclose the value of the deal.
India-based Bharti Airtel Ltd is a global telecommunications company with operations in 20 countries across Asia and Africa.
In terms of subscribers, Airtel ranks among the top four mobile service providers globally, according to the statement.
In India, the company’s products include 2G, 3G and 4G wireless services, mobile commerce, fixed line services, high-speed DSL broadband, IPTV, DTH, enterprise services including national and international long distance services to carriers.
Airtel counted more than 271 million customers across its operations worldwide at the end of March 2013.
Dubai-based Warid Telecom received its mobile cellular phone licence in Bangladesh in 2005 with a 15 megahertz spectrum in 1,800 MHz band at an amount of $50 million. Warid came into operations in May 2007. 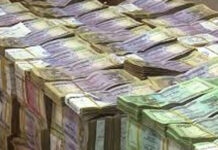