Why are Bangladeshi women returning from Saudi Arabia?

The poverty stricken women, mostly from rural areas in Bangladesh, flew to Saudi Arabia with hopes and dreams of improving their standard of living

More than 80 Bangladeshi women who used to work as domestic help in the Kingdom of Saudi Arabia (KSA) have returned to Bangladesh this week.

The poverty stricken women, mostly from rural areas in Bangladesh, flew to Saudi Arabia with hopes and dreams of improving their standard of living. But why are they now returning?

Shariful Hasan, head of Brac’s Migration Program, said those who returned had various reasons for doing so, but physical torture and sexual abuse were chief among them.

“We have talked to a number of the returnees, and their main complaint was that they were tortured there (in Saudi Arabia). Many of them spoke of how they were sexually abused,” Shariful told the Dhaka Tribune.

Also Read- Saudi migrant worker: It felt like I had been sold

Sources said 66 women returned on Saturday and another 21 on Sunday, due to various problems with their employers in Saudi Arabia.

In 2015, the governments of Bangladesh and Saudi Arabia signed an agreement on sending female workers to KSA as domestic help.

However, around 5,000 female Bangladeshi workers have returned from Saudi Arabia since 2015, due to reasons varying from a failure to adapt to the foreign culture, to torture, sexual abuse, and irregularities in the payment of their wages, sources said.

Rokeya Begum, a 38 year-old mother from Noakhali district, went to Saudi Arabia in February this year and returned on Sunday. She used to work at the household of a wealthy family in Riyadh and her salary was fixed at Tk20,000 per month during recruitment. However, after working for three months, she was only paid Tk16,000 in wages.

“I was tricked by the broker who arranged the recruitment. I was supposed to take care of an elderly woman at my employer’s residence, but they forced me to do all kinds of work, including cooking and washing. However, it was not a problem for me as I went there to earn money. My employer and his family treated me like a slave and did not pay me accordingly,” Rokeya told the Dhaka Tribune.

“They did not even give me adequate food, clothing, and other daily essentials. One day, I quarreled with my employer over my wages and he got angry. Later, he whipped me, as did his family members,” Rokeya added.

Hundreds of female Bangladeshi workers who have returned from Saudi Arabia have similar stories. Some even fell ill due to the severity of the torture they faced at the hands of their Saudi employers. Many of the returnees also said they had been raped by their employers as well as their   family members.

Mili Akhter, another returnee who arrived in Bangladesh on Sunday, said her employers in Saudi Arabia did not treat their domestic help like human beings.

“They treated us very badly. As we do not understand their language, it is tough to communicate. When we did not understand what they said, they became angry and tortured us. There are so many sexual abuse cases concerning Bangladeshi domestic help,” Mili told the Dhaka Tribune.

The returnees further said the Bangladesh Embassy in Saudi Arabia was indifferent to the condition of female Bangladeshi workers in the country and did not conduct proper monitoring.

However, Bangladesh government officials said most of the female Bangladeshi workers in Saudi Arabia were working without any problems and their condition was satisfactory.

They added that those who return mostly do so after failing to cope with the new culture and environment.

Dr Namita Halder, secretary of the Bangladesh Ministry of Expatriates Welfare and Overseas Employment, said: “Some incidents of torture have taken place, but not all cases are the same. Around 80% of the female workers are working happily in Saudi Arabia while the rest of them have several reasons for coming back.”

“One of the major reasons behind the returns is failure to cope with the environment and culture of the Middle East. They usually eat bread, their language is different, and the weather is very hot. Most of the time, our girls go there without considering the pros and cons,” she said.

“After experiencing these difficulties, when they refuse to work, their employers become angry which results in unexpected incidents,” she added. 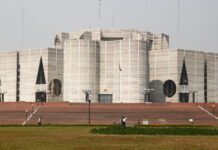 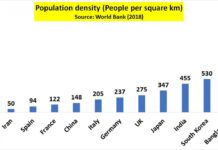 Ban or no ban?